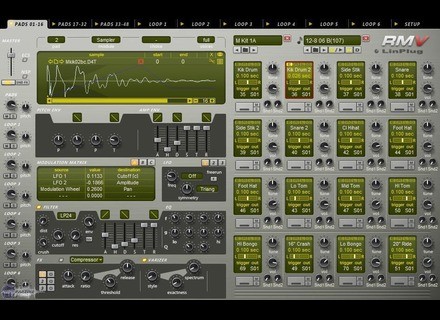 LinPlug has released the Mac version of the RMV Drum Addiction v5.0.5 update that was released for Windows last week.