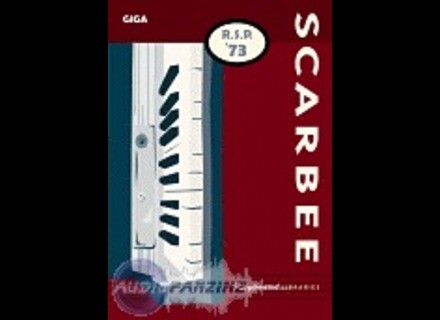 View other reviews for this product:
12 levels with release layer max sustain and release, I played with kontakt is what is most simple.

Her trs equilibrated can be a bit too much, otherwise it is the best formulation I've heard and jou (prvoir a good keyboard matre trs) and a computer madness + a sound card that was cheap dmoniaque houllalalal TOO EXPENSIVE!)

I use it since I sold my electro 73 north until the Nord Stage 88, but even I like putting an ultra asio least there is still a lightweight dcalage (I'm tr s demanding this), so blah for an environment noon.
In fact I lost a lot of time and money want to make music noon on computer, the more it goes I think the sound is not that bad compared to the hardware.
Lordi trs is good for audio and effects, but do not forget that most of the big banks are audio played on the hard drive and that it forcment slower than RAM hardware

The diffrence between Scarbee samples (which are excellent) are not so transcendent with respect to a north electro, except for mild gaming or trs Scarbee samples then gives them the true nobility.
See the source
Did you find this review helpful?yesno
Cookies help us improve performance, enhance user experience and deliver our services. By using our services, you agree to our use of cookies. Find out more.