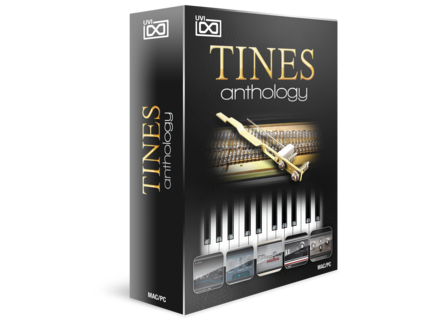 The UVI Tines Anthology at half price this weekend

UVI lowers the price of its Tines Anthology sound collection until November 11th.

This weekend, you can get the sounds of 8 electric pianos for the UVI Workstation 2 for the price of $99 instead of $199. The Tines Anthology is a sampled and scripted collection of electric pianos from 1965 to 2007:

The sounds were recording with a 24-bit / 96kHz resolution then downsampled to 16-bit / 44.1kHz. UVI also included an effect section with a cabinet emulation, drive, chorus, phaser, spring reverb, tremolo, autopan and more.