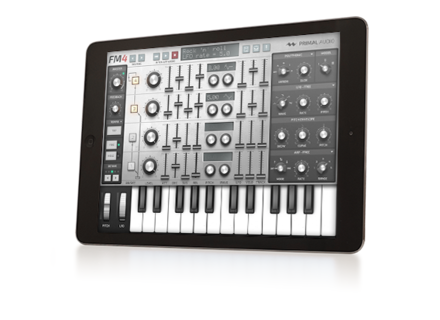 Young Danish company Primal Audio has released the FM4 app for iPad that emulates the Yamaha DX synthesizers from the 80s.

The Primal Audio FM4 app for the iPad is based on the DX synths original circuit modeling, which are then modified to recreate the original “dirty” sound.

The app offers the following:

The FM4 synth is available on the AppStore for the introductory price of $0.99 / 0,89 €. You’ll also find Primal Audio at www.primal-audio.com.