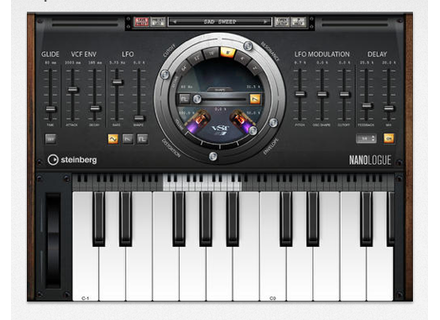 3 Steinberg news for iDevices, including a gift

Steinberg updated the Cubasis app for iOS, launched a new SDK for VST 3.6 and offers a free synth for iPad.

Cubasis v1.7 now supports inter-app audio for insert and send effects, audio and MIDI instrument rack. The Inspector is now equipped with a new popup through which you can assign audio inputs and the AudioCopy SDK 2.0 has been included.

iOS developers can now download the new SDK for VST 3.6 format, which harmonizes the development platform and allows developers to compile their code with iOS app compatibility. This version also supports inter-app audio, VSTGUI 4.2 for iOS, and adds VST 2 and Audio Unit wrappers improvements, a new validation tool for VST 3 hosts and a cross-platform C++ library to develop UI plug-ins. Changes were made to the interface and new events and fixes were also added.

Last, Steinberg offers iPad users with iOS 7 the new Nanologue monophonic VA synth. The app is based on the latest SDK and can be used in standalone or with other apps via the inter-app audio. The synth features a single oscillator with two waveforms, a VCF envelope, one LFO, delay, glide and a filter section with cutoff, resonance and distortion controls. 50 presets are included and you can export your own presets to the Retrologue synth on Mac / PC.

Nanologue is available for free at the AppStore.

These news are only an appetizer while Steinberg is getting prepared for the big update that will be unveiled at MPS Show on November 29th and 30th.