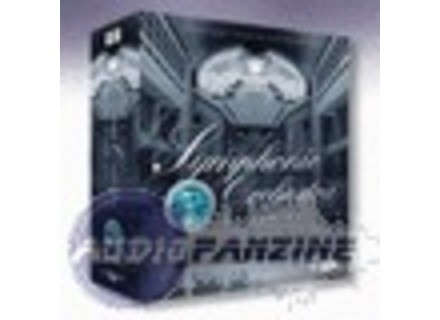 View other reviews for this product:
On very useful tools, a composer does not fit into a PC or a Mac, whether Books, whether Pro or, whether Lion ...

The interface, despite its many knobs, sees herself drawn as a dashboard rocket, so that everyone can see his planet, he wants visited and learn the intricacies of each party to move around, so that sound is heard in the touch of a button "button called"!

The sampling (microtuning, default, Velocity Curve, followed by Glide) sharing the same section, then do hear that forms slopes, all reserved on the approach called "rising or falling" of the sound!

The filters arrived in good numbers on this sound module, have asked their conditions, although there are curves "minimalisées!"
Found there were still his affection, with, the program, the "cutoff, the reso, env, the key, the vel" and an LFO, like a like no other one; it is aware of several curves, the sound will be in that meet or inferiorized!

The instrumentation, with its traditional "Volume, Pan and Tun" do, when to them, that millimiters sensitive part of the reactor, making it unstable temperate variations!

Then comes the rule instruments fuel filter, with its varieties in connection connected to the general sampling, and filters included in their curved sections and amp instruments. Ending by treatment of LFO, which, as yet others, his entire panel!

Effects, there to offset accented torture and sound, are only matters of space and freedoms, including ENTERED space itself, the bounding thrust and return the pass soundtrack (watch returns, it can really hurt within you see ...)!

The Master Filter, then compensates too strong pushes fuel return (or linear).

Below, right, rotating wheels on a semicircle, see pitchées modulated!

The keyboard itself, serving only highlights the keys pressed, tight, smooth and / or sub - crying; think so not too abrutisés your keyboard, risks not being able to play ...


No, Kompakt is not dead, I assure you, I have not murdered, he still lives in Native, where he was born!


Mad Max
See the source
Did you find this review helpful?yesno
Cookies help us improve performance, enhance user experience and deliver our services. By using our services, you agree to our use of cookies. Find out more.