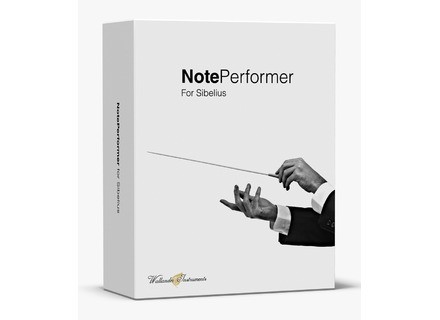 NotePerformer replaces the built-in sounds in Sibelius with its own playback engine and sounds.

The audio engine reads ahead in the score during playback, analyzes the music, and renders it as an expressive musical performance instead of processing it note-by-note, with the use of built-in humanization features.

Several playing techniques are also available for each instruments, such as legato, staccato, vibrato, accents, mutes, harmonics, and even bass slap.

NotePerformer is available for $129. It requires the Avid Sibelius 6, 7 or First music notation software. More details and audio demos at www.noteperformer.com.