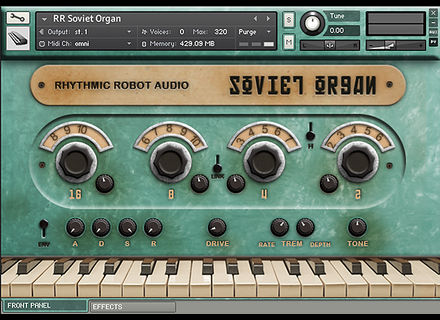 Sampled from an authentic vintage early seventies transistor organ called the Junost-70 Polyphonic Electronic Instrument, Soviet Organ was samples through mic'ing in turn both the organ's body speaker and that included in its accompanying flightcase, with the former producing a slightly overdriven sound due to the age and condition of the organ, while the second was heavily damaged and hence produces insanely broken sounds.