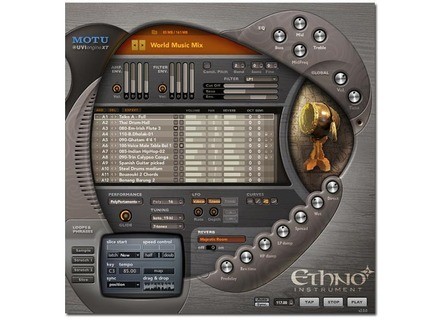 The Version 2 upgrade more than doubles the size of Ethno's included sound library of instruments, loops and phrases, the company says. New features have also been added, including preset searching, microtonal scales, time stretching, and more.

Other Version 2 feature highlights include:

Pricing & Availability
Ethno Instrument Version 2 will ship in Q1 of 2010. Price is $395. An upgrade path will be offered for Ethno Version 1 users.