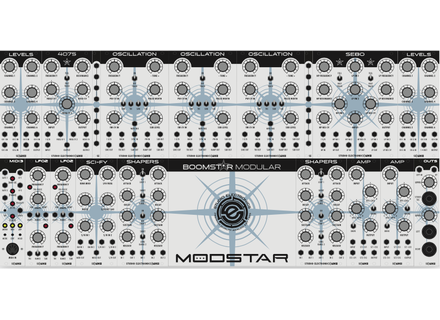 We thought they were putting up resistance, but Studio Electronics were secretly preparing its sensational debut on the modular market.

Studio Electronics will introduce at NAMM 2015 a full Eurorack system, with no less than 14 modules and two complete systems designed in partnership with Pittsburgh Modular, who will provide the ensemble racks.

The modules are partly adapted from the Boomstar series and four of them are already available for purchase:

The other MIDI 3, Oscillation, SE80, SEM, Multiple, Sci-Fy, Shapers, LFO 2 and Outs are expected early 2015, we’ll know more about them at NAMM.