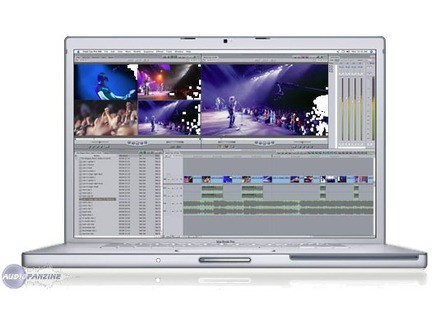 View other reviews for this product:
I used this laptop for school a lot with my audio classes and I couldn't have made a better choice in purchasing it a few years later. This thing cruises without breaking a sweat while running Logic Studio. Power to spare, awesome looks and great customer service make this a great choice. Expensive, yes, but you get what you pay for. And Mac is the best when it comes to computers for audio and video production.


I have tried several other models of mac’s and macbooks. This one doesn’t stick out from the other ones because in my opinion a lot of them are exactly the same. Just more ram or memory, most all mac’s run great and will power your whole set up no matter what your into. My next purchase will be a desktop mac for our home studio so we can use a bigger screen.

Overall, After almost ten years of dancing with PCs, and purchasing three Dell computers in the last three years including a massive 12 GB ram computer in March of this year, I finally purchased a Mac . Following a series of issues with these computers and Pro Tools, a plethora of back and forth emails with Avid, crashes, etc., it is welcome relief to experience the Mac. It appears relatively easy to navigate the learning curve with this device and...it simply makes sense! I do wish they had more than two USB ports though. I am amazed at the ease of use and functionality. It is very quiet and well built! I had read some reviews about this laptop getting hot but I have not found this to be true. I run logic studio 9, reason, and i can now load up more tracks than i could imagine. The cpu indicator barely moves under pressure. I don't mind the video downgrade, but everything else can't be touched. i game on the 360, so that doesn't matter.