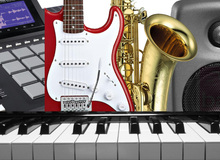 The Summer NAMM was just a couple of weeks ago and we were there, obviously! Here's our report (better late than never...): As usual the world of guitar was omnipresent during the event. Here's a list of the products that caught our eye most.

Just like shampoo manufacturers, pedal makers have a weakness for 2-in-1 products. Take, for instance, the new Boss CE-2W pedal, which is the combination of two chorus pedals (CE-1 and CE-2), with a bit of stereo, some nostalgia and good marketing made in Japan (Wazaaa).

The Dave Smith Instruments OB-6 stirred up the synth world when it was first introduced. With Smith and Oberheim as parents, its bright future was guaranteed right from the start. It's no surprise then that when the cheaper desktop version without keyboard came out, many people couldn't believe their eyes. 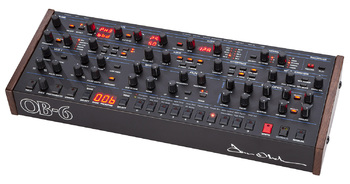 Fender seems to be looking for more coherence and differentiation among its different series, starting with the Deluxe series, which just got revamped. But we don't really know why! It's clear that the Deluxe Strat, Deluxe Nashville Tele don't recall older models at all! Or do they? Anyway, we must admit that a Fender guitar or bass with modern features, a seemingly good finish and a price of about $800 is quite appealing. And they look nice, too!

To keep up with Fender and its multiple launches (the Mustang and Duosonic are also back), Gibson decided to go with the cannon fodder strategy: Send in some expendable models and wait and see what comes out of it. Although Epiphone does seem to have a surety in this case: A Les Paul galore with nice archtops featuring a vintage look and ridiculously low prices.

What drummers do might be one of the most archaic things in music, which makes some of them yearn for technology. The latter ought to be well served with the new ultra-comprehensive e-drum module conceived by Pearl and Steven Slate. With it you get the audio samples of the upcoming Steven Slate Drums 5. The samples are multi-channel and 24 bits, the position of the mics are adjustable, the number of inputs and outputs is significant and the color screen is multitouch. All that just to go boom boom…

Based on the iconic B-3, the new Hammond jewel wants to provide the same sensations as a true vintage B organ. To achieve that, the company has developed several technologies, including a sound engine that recreates the brand's tone wheels, and a modeling of the matching transformer to reproduce the hysteresis phenomenon. It even features MIDI and USB connections. In short, a classic that nevertheless manages to set itself apart from its elders.

You are fed up with vintage, I know, me too. "Tubes and analog are overrated," "modeling is crap," right? What you and me want is some fat, artificial sounds, gear from the '80s and '90s... but, hey, hasn't that become vintage too? Eager to deal with my own contradictions, I decided to plug in my Eventide H9 multieffects pedal and launch the new Sculpt algorithm. And what do you know, I was able to separate the audio signal into low and high frequencies to apply different gains and filters to them. Nice....and not very vintage, now, is it?

When a mythical brand like Supro relaunches a mythical amp from 1959, the one used by Keith Richards, it's hard to say no. Fortunately, Fryette Amplification decided to launch the Sound City amps at the same time. My heart is split in two. But one thing is for sure: THE sound will be there with me.

While guitarists have made a sport of increasing the number of strings on their axes, bass players are much more reserved in this regard. Unless, of course, you are Tom Petersson and play a 12-string bass. When the new signature model of Cheap Trick's bassist was unveiled by Gretsch, I couldn't help but ask myself how it is even possible to play such an instrument. If Paul the octopus were still alive he might have been able to do give us a crash course. But that's not going to happen, unfortunately, so we will have to do on our own!

The oceans still have many secrets in store for us. Some say that there are unknown species roaming in the abysses. The Nautila pedal seems to be one of them thanks to its strange sounds resulting from the combination of chorus and flanger. Digitech was kind enough to think about the shiest among us by adding a momentary footswitch. Although, really, if you are gonna do it, you might as well so it all the way! 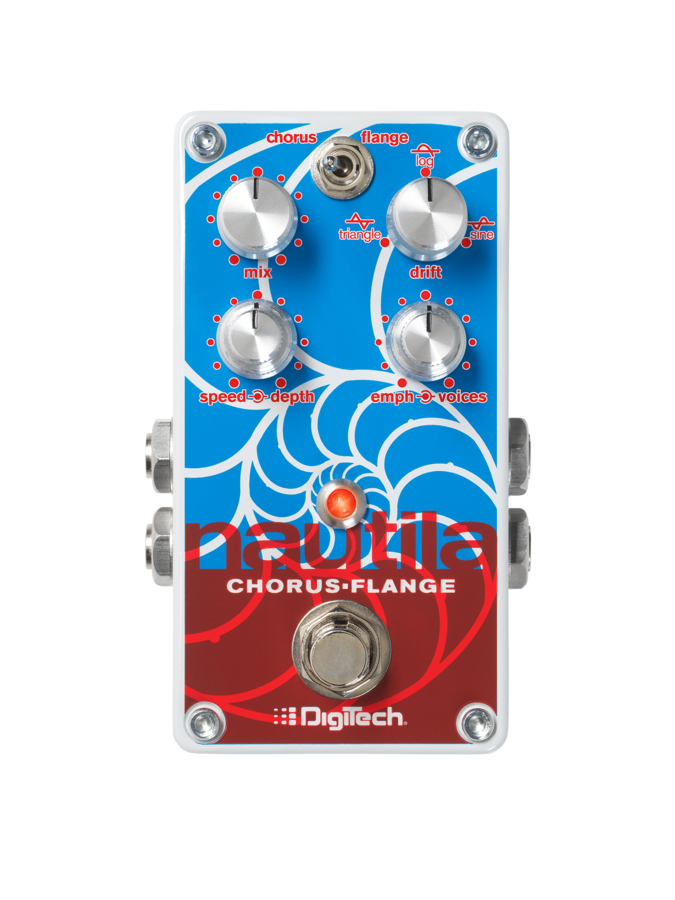 The CradleTune, because we still haven't figured out what you can do with it, and the StompLight for the same reason and because it looks quite amusing.