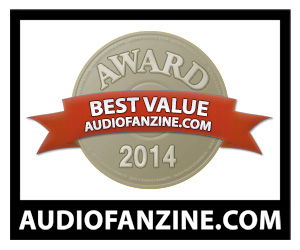 The VT Bass DI offers vintage tone and lots of handy features. How does it compare to Tech 21's other VT Bass products?

Some years ago I reviewed Tech 21's VT Bass Deluxe, the programmable version of the VT Bass. This time around it's the new VT Bass DI pedal, which features an integrated preamp, speaker simulation and a broad range of sounds, ranging from the SVT Classic to much less vintage ones. The front panel of the VT Bass DI is dominated visually by seven rotary knobs, which allow you to adjust the output level, balance the processed signal, adjust the lows, mids and highs, and make everything roar with some distortion. The most important among these seven knobs is "Character," which lets you vary the sound of the amp and, at the same time, influence the attack level (see the VT Bass Deluxe review). It's a very useful tool, and has given name to a whole range of pedals by the brand.

Five push-push switches are also available between the knobs and the footswitch. The first three allow you to enable the phantom power circuit, boost the jack output and lower the level of the XLR output by 10 dB, respectively. One of the other two provides a gain boost (making the sound more biting with a simple push of a button) and the other one activates the speaker simulation (a button that VT Bass Deluxe lacks). You get XLR and 1/4" main outputs and a 1/4" Parallel out for passing an unprocessed signal through — a configuration that makes this pedal the perfect tool for studio and live applications. The VT Bass DI is housed in a nice aluminum box. The pedal is powered by a 9V battery or a PSU (9V Boss-type), but neither not included. The build quality is impeccable, both regarding the sturdiness of the pedal and the confidence that the controls inspire.

I tested it mainly as a studio preamp, directly connected to my Steinberg UR22, but powered externally. I will now show you how different settings sound, always comparing the original signal of my Jazz Bass to the processed signal. The signals were taken simultaneously from the XLR and Parallel outputs. All examples make use of the speaker simulation, except for the two slap samples.

Let's begin with a vintage sound and a setting that highlights the roundness and mids. I used the neck pickup of my bass with the tone control fully open to give carte blanche to the pedal's EQ. The Character is set hard left. I attenuated the highs without eliminating them completely. No distortion this time, just a well-rounded sound that highlights the high-mids of the neck single coil. I really like it.

Please excuse the fretting, but I just adjusted my bass for an important studio gig and I needed it to have low action. Now, the time has come to get a pick to honor the Ampeg sound. Here's the SVT Classic in its Tech 21 version. A very nice job emulating the tube circuit, which can be heard especially in the processing of harmonics.

Still in revival mode, which is so well-suited to pick playing, here's a setting that provides a more biting and crystalline sound than the one before. 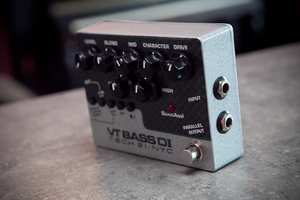 And now it's time to put the pick away and raise your thumbs. I switched off the speaker simulation because, in practice, it considerably attenuates the highs, and when it comes to hitting the strings, and some brilliance is always welcome. Two dialings, more or less contoured. I don't know about you, but I like better the first one, with a bit more energy in the mids. I used the Character knob, which provides a more modern touch when turned right. It's not an EBS, but it can certainly bring to mind the sound of an SWR.

As we expected, this pedal offers a good share of distortion. Here is a first, rather biting, example. I recommend that all users take their time to familiarize themselves with the very particular relation between the Character and the gain controls: The latter will always need to be adjusted afterwards. Also consider adjusting the EQ, since all three bands generate unique harmonics when the sound is distorted, on any of the amps chosen.

What can I say? It's a fuzz and it works fine.

To start the year on the right foot, I have decided to give this nice little pedal an award for being a great value. It's also the missing link between the VT Bass standard version (affordable, but without XLR output) and the deluxe version, whose price is around $270. The VT Bass DI is an effective tool and an excellent addition to the Character Series. What's more, it guarantees ─ to whoever knows how to make the best of it ─ many hours of pleasure without taking up too much space.