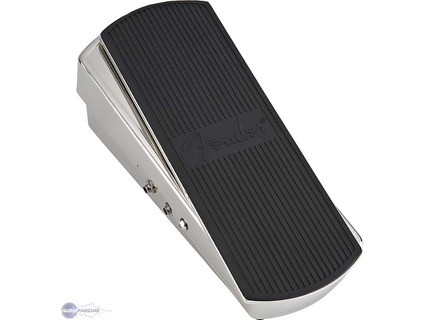 View other reviews for this product:
This is a volume pedal that I have been borrowing from a friend of mine. Volume pedals tend to be pretty divisive amongst guitarists, some of whom would rather use a pedal and some who would rather use their guitars volume knob (if they have one). The cool thing about this volume pedal is that there is no need for a battery or power supply, since it has no pre-amp and doesn't need to be powered in any way. This pedal is in no way capable of being edited with MIDI or a computer and isn't rackable.

There couldn't be an easier pedal to use than a volume pedal, and this one is no exception. Two 1/4" connections, in and out. There is absolutely no reason to need a manual for this pedal as it's simple to use. To change the volume of your instrument, there isn't much to do besides slide the pedal back and forth on the rocker. This can be used simply to adjust the overall volume throughout a song or set, or can be used for effects like volume swells and tremolo.

The great thing about this pedal is the fact that you don't lose any tone when the volume pedal is brought back. I've bought lesser pedals that rob me of some serious tone when I need to bring the volume down for rhythm playing. That would really frustrate me, especially when playing my Stratocaster, which has a great tone but can be somewhat unmanageable sometimes. The main frustrating part is that I was unhappy just using the knob, but I think that it worked better than most pedals. With this pedal, there's really no loss of high end, which is the crucial element to my Strat's twangy bright sound. While this problem was always less pronounced with my hollow bodies and other electrics, the difference between this pedal and my old Morley volume pedal was astounding even when using these guitars. The other benefit is that the pedal moves far more gracefully than that one did, it's got the perfect amount of resistance in that it's not difficult to move but it's also hard to overshoot your destination while playing.

I like the simplicity of this pedal, as well as the fact that it doesn't rob me of tone. There's not much to complain about, if anything at all. The price is pretty reasonable for most retailers that I have seen so I would say get it if possible, it's definitely not a bad pedal by any means.
Did you find this review helpful?yesno
Cookies help us improve performance, enhance user experience and deliver our services. By using our services, you agree to our use of cookies. Find out more.