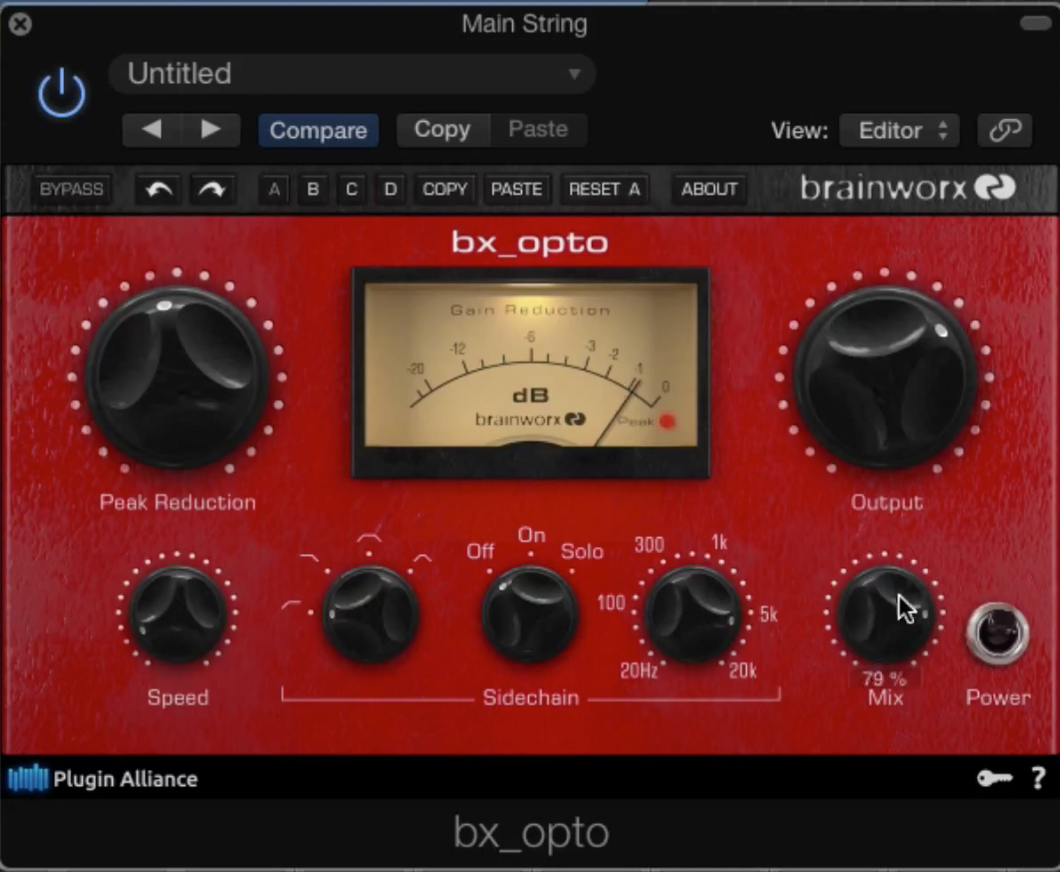 Brainworx unveils today several new creations, among which the bx_opto and bx_opto Pedal compressor plug-ins, the latter being free for one month.

The bx_opto and its simplified version bx_opto Pedal, are optical compressors that combine the circuits of several hardware LDR (Light Dependent Resistor) compressors Braiworx modeled in the last few years.

Brainworx says that these plug-ins are not transparent and can generate effects that the original units could not achieve. Indeed, the developer managed to alter the way the LDR is handled by offering the ability to adjust the speed to which its regains its resistance, which gives a special sonic character. The bx_opto also includes a sweepable multimode sidechain filter between 20 Hz and 20 kHz for expanded variety, as well as a dry/wet mix control for parallel compression and a gain reduction meter.

The simplified version of the compressor has a stompbox format and you can also use it as a gain processor. The bx_opto Pedal GUI features a Density control that adjusts the sidechain input/makeup gain, the same Speed control as the standard version for the LDR and an output level.

This Pedal version has a price of $49 but until July 22nd, you can get it for free by entering promo code youopto during checkout at plugin-alliance.com.

A trial version is available for both plug-ins.