How to Choose a Computer for Music: A Dummies' Guide

A computer to make music? Sounds great. Which computer should I get and with what specification? Good question. But first things first: what is a computer and how does it work?

Computers revolutionized the way we work, regardless of what you call work: music production, accounting, management. Can you imagine having to write your CV with a typewriter (carbon copy included) instead of a text editor? Of course you can't. The same applies to music recording and producing: it's hard to do it without a computer... You'll certainly find vintage fundamentalists here and there, but we all have to resign to the fact that all songs released these days have been processed in one way or another with a computer before they hit the market – even if just because all formats are digital nowadays (CD, MP3; except for the DJ and Hi-Fi freak vinyl niche market).

It is indeed still possible to record an album with a good, old multitrack recorder, and to enjoy that special sound character a tape provides, but you have to admit that it requires a lot of time and money (service, tapes, etc.), and thus it is an expensive hobby for the rich. Unless you are Jack White or Lenny Kravitz or you have enough money to rent Abbey Road for three months to edit tapes with glue and scissors, you'll have to make do with a computer to make your music – like 99% of home studio owners and sound engineers.

What's the purpose? With a suitable interface and software, you can control all sorts of electronic MIDI instruments (synth, sampler, etc.) and virtual instruments, you can record and mix audio with all necessary effects... What's more, you can save as many variations as you want, repair mistakes and enjoy the wonders of cutting, copying and pasting; live or in the studio. And all of that for a ridiculous price, considering what you had to pay to do the same 30 years ago.

In short: you need a computer! Ok, but which one? Mac? PC? With which processor? And what hard drive? How much RAM? But, most importantly, how can I choose from the options available if I don't know what a CPU is or what does RAM do?

Regardless of whether you have a Mac or a PC, computers generally work the same, all the more ever since Apple started using Intel processors. The difference between these two platforms resides mainly in the operating system (Window, Mac OS X, Linux, etc.), their design and the software available. It doesn't matter if you decide to assemble your own computer or buy a pre-assembled model by a given manufacturer, a quick overview of the different parts of a computer will be very useful in order to understand their roles...

The CPU (Central Processing Unit) or microprocessor, is often compared to the brain of the computer because it manages all calculations. Considering that all data passes through the CPU, its processing power is of utmost importance for the overall performance of the computer. When it comes to audio, for example, it processes a reverb effect while displaying the graphic user interface and manages all other computer instructions (data keyboard, etc.). To use a musical metaphor, you could say it's the musical conductor of your computer.

Basically, a CPU is a small silicon square on which several millions of transistors are assembled: over 60 million on a Pentium IV and more than 731 million on the Core i7 thanks to the continuous progress in miniaturization. More cells in the silicon brain provide more power, but the number of transistors is not the only factor: the processor design and its speed also come into consideration.

The faster the CPU, the more calculations it will be able to process in a given time. This speed is measured in gigahertz (GHz). When a CPU is clocked at 2 GHz, it means it can process two milliard cycles per second. But what is a cycle? Good question! To keep it short and simple, let's say that a cycle is a basic calculation, like adding two numbers. Multiplying two numbers takes several cycles and dividing them even more. Why? Because a CPU is extremely limited compared to the human brain. But it is extremely fast and the user can't really notice it, which gives the impression that the machine is more intelligent.

But keep in mind that this clocking frequency is only theoretical because, in real life, our processors rarely work at full capacity. Why? Because they are slowed down by other components like RAM (Random-Access Memory). Furthermore, increasing CPU frequency is not the only nor the simplest way to increase a computer's power. In fact, the latest CPU generations have improved their architecture implementing multi-core processors.

A multi-core CPU is a chip including several processors connected in parallel. You can find dual-core (two cores), quad-core (four cores) and even octo-core CPUs (eight cores).

By using this technology, it is now possible to improve the processing power without increasing the CPU clock, thus avoiding heat generation problems due to higher speeds.

Nowadays, these types of CPUs (mainly dual-core and quad-core) are mounted in all computers on the market regardless of whether it is a Mac or a PC. 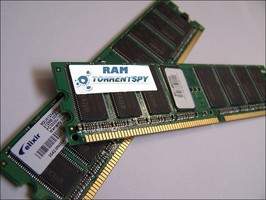 All your software and data are saved in the hard drive(s) of your computer. The problem is hard drives are pretty slow compared with the processing speed of the CPU. That's why RAM exists.

Ok, so what is RAM? RAM is a "volatile" memory (much faster than a hard drive) where the data is placed before being processed (software, audio file, picture, etc.). Why is this memory volatile? Because it is erased as soon as you turn off your computer (unlike the permanent data in your hard drives).

The faster your RAM is, the faster your system works (the CPU won't have to wait long for data). Like the CPU. RAM speed is measured in GHz.

In most cases, increasing the amount of RAM (measured in gigabytes) will result in a better performance. The more RAM you have, the less the hard drive will slow down your system. This is a deciding factor if you plan to use large sample banks for example.

And keep in mind that, besides your music software, your operating system, your anti-virus and your email program all consume RAM. In fact, for a comfortable use, Windows Seven and Mac OS X need at least 2 GB RAM just for the system itself. That doesn't include other applications you use nor the amount of data you will process simultaneously. If you plan to work on the soundtrack of an HD movie with 300 audio tracks at 24bit/96kHz, you can be sure that the performance of your system will depend on the amount of RAM it has.

The hard drive is the archive of your computer: it includes all your personal data, as well as your programs and the operating system. The storage capacity of your hard drive will be given in GB (gigabytes) or in TB (terabytes). Of course, the bigger your hard drive, the better since you will be able to save more data on it. 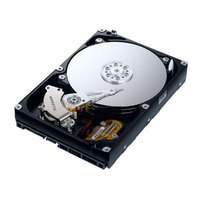 Today, all hard drives comply to the Serial ATA norm, except for hard drives conceived for professional servers and older IDE and SCSI models (which are already part of history). This makes things much easier.

Even if it is possible to work with only one hard drive, having several has its advantages. You could use one for the operating system and applications and a second one for your data and your audio samples. 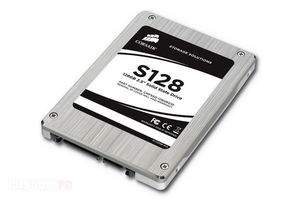 You can also benefit from RAID technology, which works with several hard drives in parallel to increase data security (a hard drive mirrors the content of another in case one fails: this is RAID 1); or to improve reading and writing performance (two physical hard drives are used to create a single virtual hard drive in order to double data reading and writing rates: this is RAID 0 using striping). Warning: RAID 0 has a major disadvantage: if one of your hard drives fails, you lose all your data. Knowing that, RAID 0+1 becomes very interesting when using four hard drives to increase speed thanks to striping technology while ensuring data security thanks to mirroring... The only disadvantage is that your four 1TB hard drives will only provide 2TB of storage.

However, RAID is not the only way to get faster and more secure hard drives. Solid State Disc (SSD) hard drives have appeared recently. They are like a huge USB key (they use flash memory like USB storage devices) with a SATA interface. So what's the advantage you ask? Unlike standard hard drives, they don't use mechanical parts (no magnetic plates, no heads) which allows them to be very fast, have a high transfer rate and be more reliable. Do they have any disadvantages? They are still quite expensive and have a limited size. A 128GB SSD drive costs about $400 while a standard 2TB hard drive cost only half that amount...

So they are a good choice as a system drive but not for data storage... 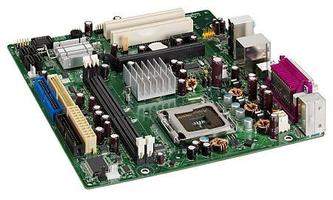 While the CPU is the brain of the computer and the RAM and hard drive the different memory levels, the motherboard could be compared to the chest where all organs and limbs are attached to in order to get the machine to work. The motherboard is the link between CPU, RAM and hard drives, but also the graphic card, Internet and local networks, and all internal and external devices like the audio interface, keyboard, mouse, printer, etc.

That's why its specifications, compatibility to different standards and the ports it provides will determine the components you can choose for your computer and the upgrade possibilities you can have: does it support PCI Express or a given processor? Etc., etc.

Now that you have been educated on the basic parts of a computer and what they do, in the next article we will deal with the specific setup choices available to have a computer ready for making music. And you can trust us, there are plenty of choices...