To close this chapter dedicated to EQing during mixdown, I'll give you some tips and tricks that ought to help you adopt better habits. 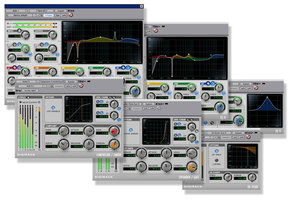 Okay, let's start with some recommendations to help you avoid the most common pitfalls.

First off, don't trust presets! But don't put words in my mouth: I'm absolutely not against the concept of presets. They can be an excellent starting point for effects like delays, reverbs, and sometimes even for compressors. However, when it comes to EQing, I'm more cautious. In fact, if you think of it, the person who created the EQ presets knew absolutely nothing about your recording. He or she had no idea of what hardware you'd be using, hadn't heard the song or the arrangement, and had know way of knowing what your vision of the mix would be. And, as we already saw, EQing an instrument is intimately related to all these factors. Consequently, odds are his or her preset called "Killer Sound" isn't the best suited for your needs.

What's most important is that you to EQ with your ears — not with your eyes. That may sound idiotic, but it's not unusual for budding audio engineers to want to see a nice graphical representation of the EQ curve, at the expense of sound. Well, you know what, until proven otherwise, your mixes aren't supplied with EQ curves and nobody will ever tell you: "Wow, man! The EQ curve of the guitar looks amazing!" So now you know: The looks of the EQ curves are irrelevant as long as they sound fine. True, plug-ins with a GUI showing the EQ curve are very nice and all, but that's only meant as an aid, nothing more and nothing less.

Along the same lines, spectrum analyzers can be very useful when used appropriately. But, once again, they are only aids to help you achieve your goal. Just consider how many legendary albums were mixed without any such tools. So, trust your ears more than you trust your eyes!

Now, a word regarding the use of bypass. This function is crucial to objectively compare the results with or without EQ. But be careful! In order for it to be useful, it's absolutely necessary for the perceived volume to be the same, otherwise you risk being biased by the famous "louder is better" syndrome. So, adjust the output gain of your EQ by reducing or boosting by as many dBs as needed to balance the listening level when the plug-in is bypassed. That's the only way to guarantee the validity of your choices.

Finally, I have already recommended to you several times to take regular pauses to let your ears rest. Well, that's even more important during the EQing phase. In fact, human hearing has an annoying tendency to get used to the frequency response of a sound really fast. Thus, an instrument you originally perceived as being too bright, might seem quite normal after only 15 minutes of repetitive listening. Nothing is better than a brief pause to avoid that auditory habituation. A word to the wise...

Similar topics
Discussing this in the forums see all threads