We'll devote this second installment of our mixing article series to a bit of advice that is worth its weight in gold: Whenever possible, let someone else mix your songs and/or recordings

If this recommendation is valid for mastering, it is even more so for mixing. Without getting into the new and fresh perspective it can provide, it will be easier for someone else to fiddle with, torture or downright eliminate an element of a song if the situation calls for it. Because, let's be honest, it's very hard to cut that stimulating melody, ravishing riff or groovy rhythm that you patiently wrote, played or recorded ─ if not all three of them ─ even if you know it's for the best. 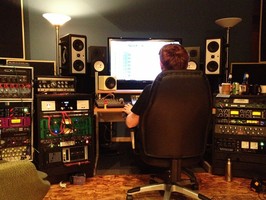 On a side note, I've been working as a sound engineer for more than a decade and, in that capacity, I have worked on many albums whose mixing quality is far from making me ashamed. However, whenever I put on my musician hat and start working on my own songs, the result has never been up to my expectations. It was only when I decided to swallow my pride and admit that maybe someone else would be able to succeed where I had constantly failed that I finally got satisfying results in terms of sound. Ever since, if I have the possibility, I do not hesitate calling one of my colleagues to get that sound I have in my head but keeps eluding me because I constantly struggle when working on my own songs.

Finding the right person to trust your babies with might seem a complicated task — but don't forget where you are! The Audiofanzine community is very active, so if you turn to the forums, it might not be that hard to find the right partner. You could, for example, propose an exchange of services: You mix my song and I'll mix yours.

You should obviously make sure that you have similar competencies in terms of mixing by listening to each other's work, so that the outcome is not to the detriment of any of the persons involved.

On the other hand, beyond purely technical considerations, it's also important to be more or less on the same page in musical terms to avoid any disappointments when listening to the final result. As I illustrated with the culinary metaphor in the previous article, it's obvious that the person who mixes your song will put his personality into his work, so make sure that there are no incompatibilities. 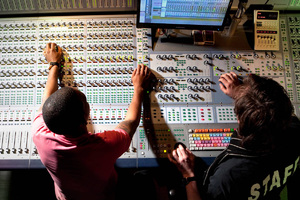 However, in relation to this last remark, you might be positively surprised if you have your songs mixed by someone who is in the opposite end of your musical spectrum. For example, a reggae song mixed by a metalhead, or vice versa, might give your composition an extraordinary originality. It might be worth giving it a shot.

For the collaboration to work best, I recommend you to take the time to discuss all important details with your partner. Talk about your musical (and other) influences, your aspirations regarding the song, what it is supposed to express, the feeling or atmosphere you want to create with it, eventual elements that you would like to be highlighted at any given time, the "dramatic" progression you had in mind, and your state of mind at the time you wrote it, etc. This information will allow your new sound engineer to be better qualified to grasp your expectations and, eventually, fulfill them to the highest level.

From a more practical point of view, consider giving your new partner clean, well-organized, well-synced source files with a minimum resolution of 44.kHz/24 bits. That way he or she will be able to focus on mixing without having to solve problems that have nothing to do with the mix itself.

Finally, you can also recommend that person to take a look at this series of articles, which might prove to be very useful!

See you next week for some new adventures in mixing!

Next article in this series:
The Prerequisites for a Relaxed Mixing Session →
Be the first to post a comment
0

Log in
Become a member
Viewers of this article also read...
learning The Prerequisites for a Relaxed Mixing Session
learning Understanding Phase
learning The art of dialog - Part 3
learning How to soundproof your studio
learning Recording a flute
learning How to Know When Your Mix is Finished
learning Mastering at Home - Part 22
learning What format to use?
interview Headphone mix for the singer - Part 4
Voir tous les dossiers