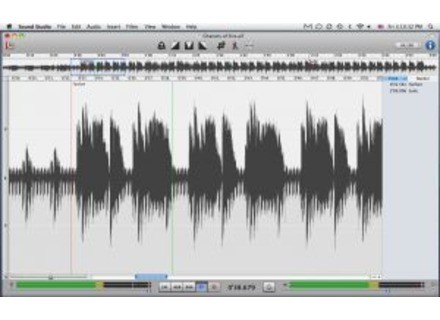 Felt Tip has announced the release of Sound Studio 4, the easy-to-use Mac application for recording and editing digital audio on your computer (version v4.0.1 is already available).

Sound Studio 4 will cost $79.99 and be available from the Apple Mac App Store when it opens next year. Until then, Sound Studio 4 can be purchased as part of the Indie Mac Gift Pack, a promotion running until the end of December that includes six Mac applications for $60 (effectively making SS4 $10). This is the only way to buy the normal license for now. Upgrades from version 3 are $30 and can be purchased from the Felt Tip web store.

SS4 requires an Intel CPU and Mac OS X Leopard 10.5 or higher. A fully-functional 15-use demo version is available.