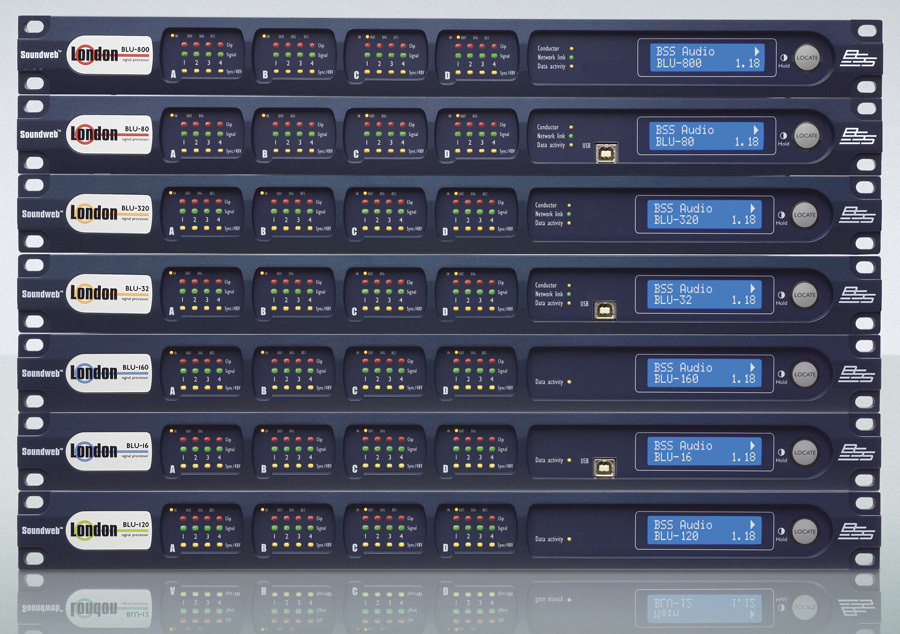 The Soundweb London family now includes seven different signal processors which form the building blocks to address any scale or type of application.

BLU-Link, featured on the BLU-800, BLU-320, BLU-160 and BLU-120, is a fault-tolerant bus of 256 channels. BLU-Link uses standard, inexpensive Category 6 cabling which enables a distance of 100m between BLU-Link compatible devices. Fiber media converters and fiber can be deployed to increase this distance in excess of 40km.

The ring topology of a BLU-Link system allows failure of a single connection with full retention of all BLU-Link channels and negligible interruption to audio. Error reporting notifies users of a cable fault or termination issue in order that necessary steps can be taken to restore the integrity of the system. Further processing fault tolerance can be achieved by spanning matrices over multiple devices.

Each of the seven different processors maintains device level I/O flexibility and offers a different mix of signal processing, CobraNet and BLU-Link functionality.
Be the first to post a comment about this news item