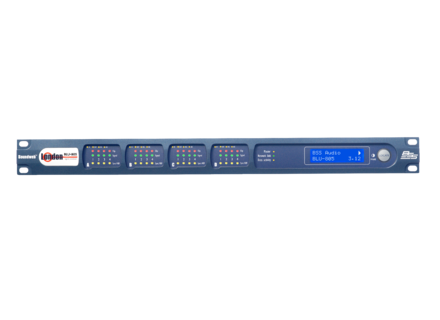 The new Soundweb London BLU-805 and BLU-325 devices are AVB versions of the BLU-800 and BLU-320 CobraNet siblings from which they are derived.