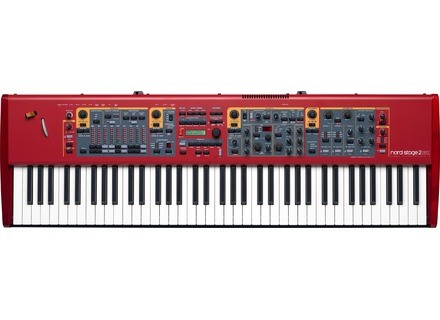 Each trade show has its new Nord keyboard, and after updating the Electro range at NAMM, the Nord Stage 2 go EX in Frankfurt.

The other new feature on these Nord Stage 2 EX keyboards an extended memory of 1GB for the Nord Piano Library (twice the size of the previous version), with reworked sounds and a new DX Electric Pianos category. The Nord Sample Library has also been revamped and includes new choir, tuned percussions, ethnic and folk instrument samples. These new samples are compatible with the already existing Nord Electro and Nord Stage models.

As for the rest, the Nord Stage 2 EX keyboard have the following specifications:

The three new Nord Stage 2 EX will be available in June with the suggested prices: