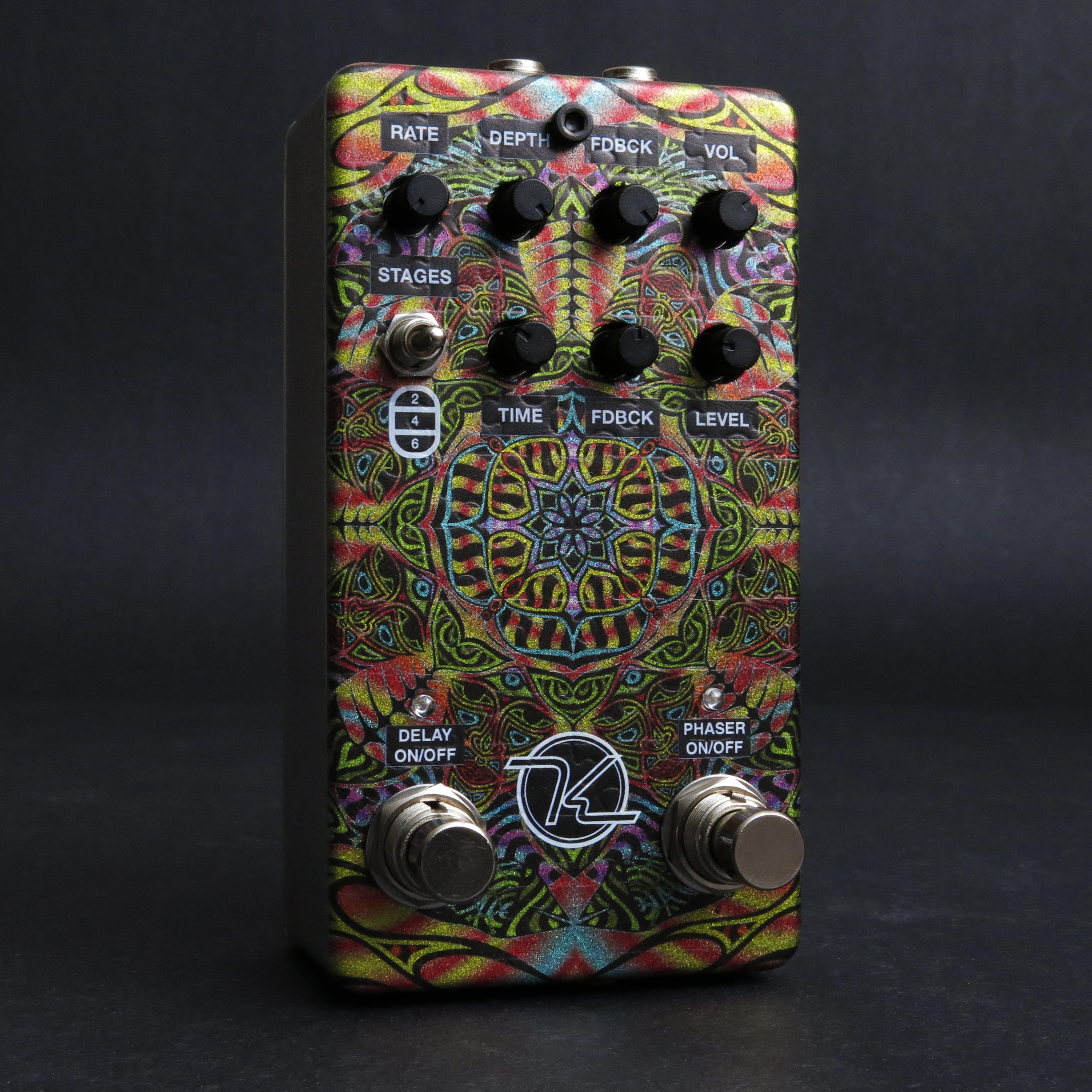 Started through social networks, this Keeley/Hazel collaboration gives birth to this rather self-explanatory effect pedal.

The Jimi Hazel Echo Phase is a dual effect unit with dedicated processors for each effect.

The echo is based on Keeley's EP-3 and Fulltone Tube Tape Echo, with care being given into recreating every nuance of these machines (including distortions, high and low pass filter of both the tape heads and the feedback circuit as well as the output, and natural tape modulations) for a sound defined as "nice and distinct".

The Phaser side takes from the Small Stone, but as the Small Stone is "only" a 4 stage phaser Keeley expanded its range to 2 or 6 stage as well, adding a Range Control to give the user control over the depth of the Phaser like a blend control would do. There’s also a Feedback Control to recycle the audio and give it a more dramatic and vowel like effect.

The artwork was provided by Rick Sinnett.

A $5 donation for each pedal will be made to Autism Speaks thru the end of the year, and another $5 will also go to The Autistic Self Advocacy Network - so that's a total $10 for each pedal that goes to charity.

70 units will be put for sale today, with ONLY THE FIRST 20 being ready to ship immediately while the 50 others will ship in two weeks (October 27th).  I need that time to finish the circuit boards and the pedal art work on the next 50. Other units will also be available, but not before the end of November.