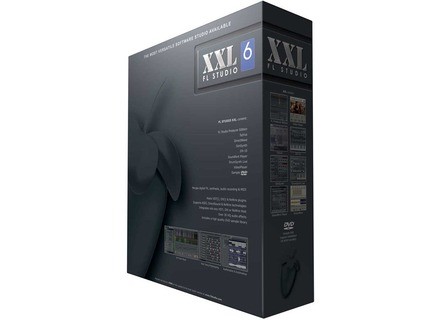 « good, but they want you too keep buying plug ins »
4

View other reviews for this product:
Image Lines FL Studio 6 is an older version of FL studio and is no longer being sold, I am pretty sure they are up to version 10 now. At the time when I had FL Studio 6 I thought it was a great program and it was. But Image Line has made some great changes to FL Studio. Especially to the play list and menu’s. Most of the other things really havent changed at all. But they do keep adding new stuff to FL Studio as the new versions come out, some of the changes are for the better and some for the worse. When I was using FL 6 I remember having a lot of fun with it, I don’t remember really completing many songs just because I felt limited by the mixer tracks and channels and I didn’t feel like they gave enough plug ins to use in the mixer tracks. Not saying that they don’t have the mixer plug ins available because they do have a lot of good ones but you will have to pay extra for them. They can get pretty expensive as well, up to 3 hundred dollars per new plug in. I think that’s just a sales gimmick from fl studio because they know you need more so they make you pay for it instead of just including it in the xxl version of fl studio.

Fl Studio 6 worked great with my dell laptop and never crashed or had any problems. It was very stable even when running multiple plug ins, the free asio drivers kept my cpu pretty low..

Overall, fl studio will forever be around. If only they could just include some of the better plug ins with the program itself instead of trying to give you a trial version of it and up sell you on a new product every time. FL Studio 6 is affordable but all of the bells and whistles (plug ins) can get a little tedious trying to keep up with buying them. Fl Studio just wants you to buy buy buy, I still use FL studio to this day, but I wont be buying all of there plug ins.