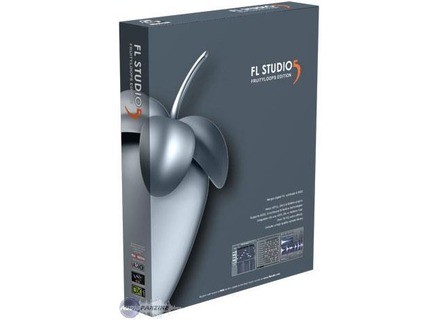 View other reviews for this product:
Well actually the one main thing that is missing is timestreching, but image line has been considering adding this for a while, so maybe they will soon. but don't get me wrong, you can still use the &quot;granulizer&quot; to timestrech, its just not made for that.

Its as easy as you want it to be. my first time using it, and first time sampling / sequencing, i was able to make something that was OK, and 6 years later i'm still learning new stuff. The interface is solid, and looks good, i wish i had another video monitor though.

Sounds good, has good compressors for pre-mastering, and a wide selection of mixdown options. some of the samples that come with FL Studio IMO are not useable for serious songs, but most of the ones i'm talking about are intended for dance music and i make hip-hop.

hmm, i've had very few problems with it being buggy, the only occasions it messes up on me is when i'm using a lot of vst / dxi software instruments that did not come with the program.

If it was legal to marry software FL Studio would be my first choice for a Bride. there are just so many awesome things one can do with it, and is just so much fun to use. Plus, its so cheap! you also get access to the FL forums where all the fruityheads are at so you can ask them questions and share ideas. FL Studio is highly recommended

Originally posted on FutureProducers.com
Posted by: Ethereal (January 0-, 2004)
Did you find this review helpful?yesno
Cookies help us improve performance, enhance user experience and deliver our services. By using our services, you agree to our use of cookies. Find out more.