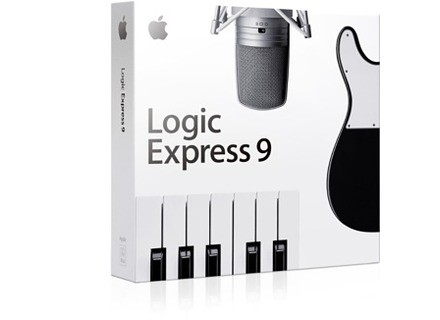 Logic Express 9, General Sequencer from Apple in the Logic series.

View other reviews for this product:
Apple Logic Express 9 is a solid piece of software. It worked great on my Quad Core computer and never crashed once. I have used Express 9 for about a year before leaving to go to Acid. But all Express 9 users will tell you that this software is great. When I first started using it was difficult for me because of the layout of the program, but once I picked up the manual and read through a few parts it was really clear to me how to do everything that I needed to know. I used Express 9 more for recording, it has a simple workflow for recording and its extremely quick.

Express 9 is a highly sought after piece of software and its expensive as well. There are a ton of other software's on the market that do the exact same thing as Express 9 and cost a lot cheaper. There is nothing special about this software that makes it worth that much more many than other software's.

On things that stands out with Express 9 is the power of the mixer and effects. I love the compression and options that come with it. The compression is something that a lot of software's don’t focus on any more. It seemed like Express 9 focused a lot on the mixing part of making great sounding music. I really appreciate the fact that you have full control over the compression and and tweak it just right and its quicker and easier in this software than it was in Fl Studio and Acid.


Overall Express 9 is a powerful piece of software, its well worth the money spent if you have the money to spend. I suggest downloading a trial version of it first to see how you like that layout of it and if you can see your self doing production , recording, or mixing with it.