Roadie tunes your guitar for you 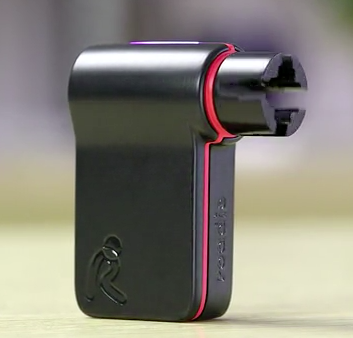 Every musician dreams of having a roadie to prepare their guitars. What if you could put that roadie in your pocket?

Roadie is the project developed by Band Industries and it can currently be crowdfunded on KickStarter.

Roadie is an automated tuner connected to an app on your smartphone or tablet via Bluetooth smart 4.0. According to the tuning set in the app, Roadie will tune your guitar with a 2 cent accuracy on a 55Hz (1A) - 880Hz (A5) range. You can choose any tuning, including Open C or D, Drop D, or even a custom tuning.

The built-in electronics and the Doctor included in the app will help you keep an maintenance historic of your instrument and it can even alert you when strings need to be changed.

Roadie is powered by a LiPo battery that can be recharged via micro-USB. The head is compatible with any type of tuners that equip electric and acoustic guitars.

The crowdfunding project on KickStarter is opened until January 4th, 2014 and Roadie should be available in June 2014. Its final price will be $99 but you can become an early-owner starting from $69 at www.kickstarter.com.