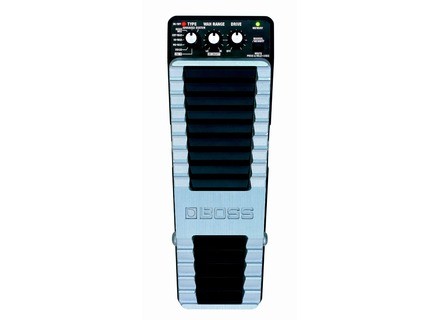 It's digital, I guess with a Variax front and a Line6 amp buttocks is meant that heat small bytes. To use I did not notice the difference because of this feature (see below)
The pedal does not rack it seems, little risk of stroke than that crackles just like real pedals and Vox CryBaby (the Morley solved this prob there is already a lease)
We can change things and widgets on the response curve, but more interesting is the change in Q, an important parameter for wow effect. But I have not tried that yet.
You can save settings and recall them of course.

The building is half-half plastoc metal. So far I have not noticed any weakness, but I do not jump in with both feet on it either, though.
.

We set foot on the intended place. The foot is tilted backwards, the foot is tilted forward, we can not even move, in short it is technically accessible. WARNING: setting both feet on it, you fall. So little care (I specify for metals, but has never seen a metal with a wah?).

Other settings, I too used this, but the buttons look good, and in both directions.

Editing sounds, I did not used too for now. I ream the basic setup with the three main Wah: Morley, and Vox CryBaby.

Otherwise, the slip from the top of the pedal is good, I have not tried freezing weather but I think it is: there is no ABS but I do not think it goes wrong. Be seen to frost.

For cons, the distortion is terrible, it looks like a beehive. But maybe I'm diffcile in this area, as my reference for the distortion is my Mesa combo.
The Leslie effect is not great either. I do not know the Uni-vibe but now it's mainly Chorus cranked Leslie. My H & K Rotosphere pedal is 10 cubits above (at least 10 cubits, and I will not brewed).
The voyelizer: but what can it be used in music something like that??

For the price, it's not a scam, but it's not a steal either. No doubt purists will howl, but me, it suits me. And then you can play with Shaft,


(Z'avez seen above, the Duke? Cinephile inside)

So just for that, it was worth it.
See the source
Did you find this review helpful?yesno
Cookies help us improve performance, enhance user experience and deliver our services. By using our services, you agree to our use of cookies. Find out more.