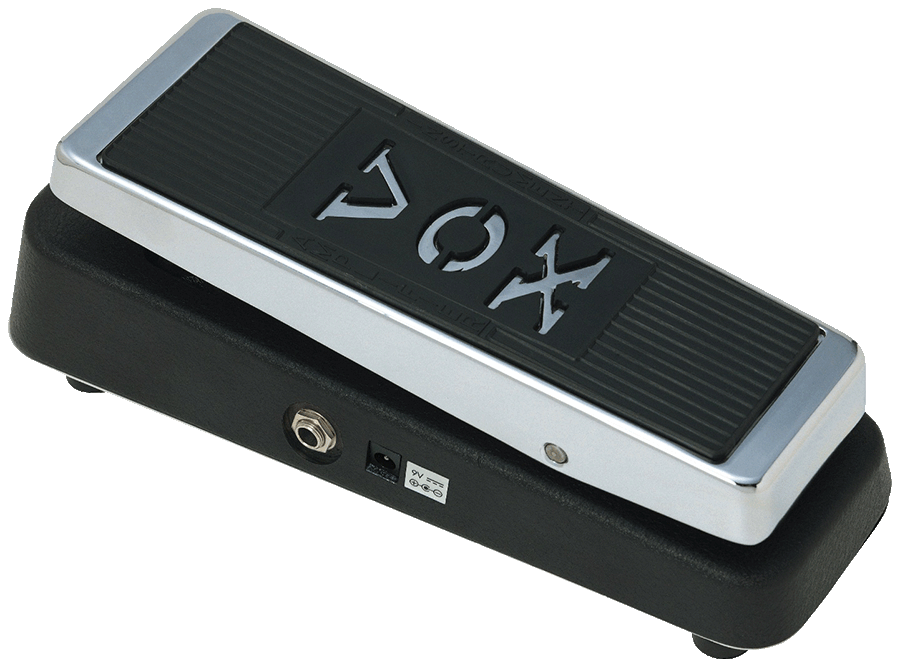 View other reviews for this product:
jerem's

No knobs internal multi-switch, boost and other "gadgets" in my eyes, it's plug and play as I like.

Well it's simple, you press fully to engage, play, and we rappuie to stop the effect!
No need for manual so!
The effect is not too hard to engage, and the race is short what can be an advantage or a disadvantage depending on people to see.
The pedal looks good externally robust.

Ben, we must recognize that it comes out okay.
It was still a well-typed his wah I find the old and it's fun because what I was looking for.
I preferred at the time instead of a Cry Baby GCB95 tried at the same time, simply because the Vox seemed less harsh and warmer, more musical and it feels even more clean.

It is nickel for the funk of course, for use in or with fuzz distortion I will vote no, not playing in distortion with wah (I like way, I really prefer the wah on the clean) and having no fuzz, but without going into the wild stuff you should be fine, again for the old blues-rock-hard 70's

Its biggest drawback is the integrated buffer and reliability over time, and a small volume difference between the sound effect without the engaged and with (see below).

But the sound is really not bad for the price already, compared to the base Cry I find. So I put 8.

This is a good model for its price for a first wah (good for € 90 as I see sometimes it starts to get abused limit I guess, but for me it's going to new € 70), although for more modern sounds and metal it will not his thing (this is clearly the sound to the old Vox wah).
The advantage is its price and the sound issued.

For cons:
- The buffer playing its role as buffer preserves the shine of course, but it literally eats your bass. It gets along well with A / B test.
- There is also a small increase in volume when compared to the snaps his "dry", which can be both embarrassing for group play useful to pierce the mix with the wah (but when you n 'are not supposed to be in the lead with wah, you can make big eyes once engaged!).
- Finally, as to the reliability, there is his biggest weakness I could find, mine does not crackles despite its 2 years old, but the switch has already messing with (I switched, and presto, more volume, sound mute) while in terms of number of hours of play I can see it as new as far as I am very careful. Inserts jacks are so-so, it seems that the knob crachouille quickly enough, for now at least on that side I was lucky!

I will then put in notes 7 overall balance between quality defects, since we can not get 7.5 and I find the 8/10 a little too nice

So, following my worries switch that shit I nabbed the V846HW, true bypass and with quality components. In theory all the advantages of this V847A without its drawbacks, so what are the top!
But hey, we can advise for a first wah for qqun who has not a big budget and looking for a vintage 70's rather his or funky wah clean, nag for stuff, fans everywhere trimpots etc., go your way, it's plug and play in entry-level price that will do the job in a first time, neither more nor less.
00