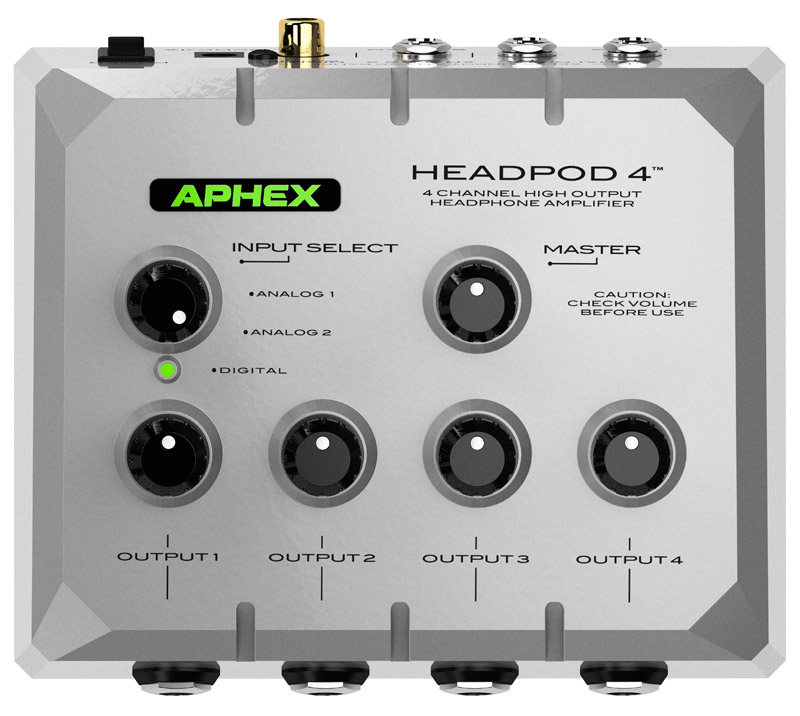 The device is capable of driving four separate stereo outputs with individual level controls from the selected input source.

HeadPod 4 combines four independent Aphex stereo amplifiers and converters in a metal case and is designed to offer "low distortion and wide frequency response with headroom to spare."

According to Aphex, HeadPod 4 overcomes the limitations of typical headphone amps through the use of four independent stereo amplifier channels designed to ensure minimum distortion and crosstalk regardless of the headphone loads connected.

Top panel controls include a separate level control for each of the  outputs together with a master level control, and an input source selector. The rear of the unit houses a pair of balanced quarter-inch jacks, a single stereo headphone extension input and a digital S/PDIF connection.

HeadPod 4 is suitable for a variety of applications, including desktop audio production, recording and broadcast studios, language labs, quality assurance listening stations, rehearsal and tuition rooms, and live sound venues such as houses of worship and schools.