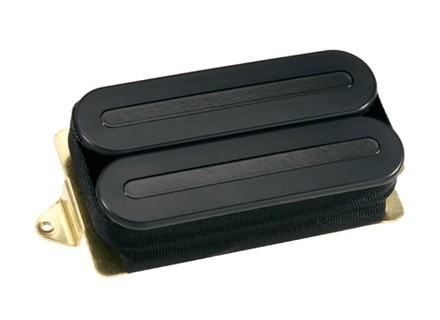 View other reviews for this product:
This test is only intended to compare the HS-8, which is equivalent in terms of output level.

I use it for a few days on a BC Rich Stealth Chuck tribute.
Stealth is alder and mahogany Draco.

The first thing that jumps in figure c is the medium back, the sound is mastar, leaving only n harmonics anywhere on the neck, even on the last boxes of Bourdon.
The sound of the X2N is a little less fat than the SH-8, strangely it has much less medium, but on fast planes it is a little more detail, but not more audible.

The bass sound, c is heavy, less rocky than the HS-8, X2N sound rounder, less rocky.
The highs are a delight, his thick, powerful and absolutely screaming as I was able to read for some users who have to test it on an amp to 80 euros.

At the grain, I try to compare the HS-8, but I confess that c is difficult to really talk about different grain.
I would say the first thing that comes to mind is that the sound of the X2N is "darker" unlike SD which is more "rock" more aerated, light but noticeable.

Both pickups tear, and preferably level, I do not always know which I prefer.

The X2N has the same power, the dark grain brings me to the new, note that the palm mute with it is more "clean", that I thoroughly enjoyed knowing that 3/4 of my game is played stifled .

Still remains to test some time to have a final opinion.

Note that the X2N less easily captures ambient unlike the HS-8 is more sensitive noise.
See the source
Did you find this review helpful?yesno
Cookies help us improve performance, enhance user experience and deliver our services. By using our services, you agree to our use of cookies. Find out more.