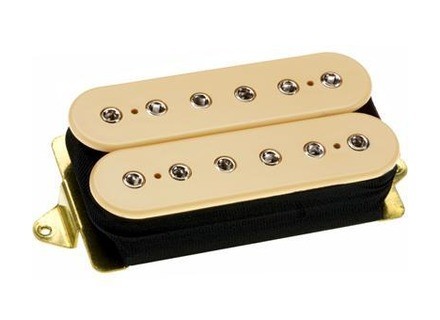 Buy this productView price information >
View other reviews for this product:
- How long have you use it?
I have been using 2004 on my main guitar with which I play several hours a day.

- What is the particular feature you like best and least?
For it is not in the bridge position and my amp is a Mesa / Boogie DC-3.
Assets:
The versatile-you go from blues to metal without concern for the people to know can use the knobs and you have a good amp (it goes everywhere but there is much trs).
The sound is cleverly-equilibrated I am probably not a good technician for the dcrire frquences but that's what I know of APRS my ears the bass are biting and prcises the frquences mdiums are solid but a bit less aggressive, high frequencies are emphasized just enough so they are readily apparent during solos without omniprsent be.
-The feeling of having a lightweight wedge wah sound on the treble range (a bit hard to explain but a lot of things change in the sound distortion).
The cleans-only good for a humbucker.

Cons:
-When a lack of even harmonics my taste no matter what we play.
-Some people find it too "cold", too thin, we like it or not but I think it has frankly can Drang.
-Much less is it a li versatilis micro boring quickly, much to the same extent as the Steve's Special or the D Sonic is good everywhere, it's always good trs, it was no surprise, is a micro clearly perfect. To give an example for those who do not understand this criticism too: I have a Jazzmaster original mics are "vintage" is to say that the pure salopries buzzent, which is a rather special and very grain s so hard typ easily exploit. When you start getting used all his default, is known to use them, exploit them, even in view to become quality, and we take his foot out his microphone off the beaten track to make it do something carrment dgant it surprised everyone, we are happy to spend hours tweaking his game vis vis the microphone and say what your exact is largely thanks all the efforts. The PAF Pro when it is played with 10mins and we know perfectly dj behavior, it has a short linear behavior trs no surprise, we know that ds will never be the beginners no work vis vis the micro, or trs trs little rsultat we find ourselves wondering how we will make sounds that come out of the ordinary story of doing something innovative and not rely on the PAF Pro for thunder ...

- Have you tried many other models before acqurir?
Not c'tait the first micro I bought (actually I took a long time for a micro trs way, this is after trying many other micro I understand how good it is silent)

- How do you report qualitprix?
CHRE hair in nine if you're not too sr his suit us 100%, knowing that for the same price artisan us a micro-made, otherwise I think it is worth its price

- With the exprience, you do again this choice? ...
In any honntet I have no ide, since I not a guy Discoveries trs away from home that makes microphones to measure for exactly the same price as the Most of the DiMarzios, I think that both go to the bottom and really have what you want. on the other hand, if one day I wanted to take me back a micro home anywhere, without a doubt be the one.

I note the 9 / 10, I think less would be a trs drive saw the quality of the microphone (which I think is one of the best among the major brands), but at the same time as I I explained you can quickly get tired of having a microphone as good everywhere. For the D Sonic, someone had compared to the good son, always polite, always lev arponse all that, well it just has too be too good ton is not and we do not raise intrt ...
See the source
Did you find this review helpful?yesno
Cookies help us improve performance, enhance user experience and deliver our services. By using our services, you agree to our use of cookies. Find out more.