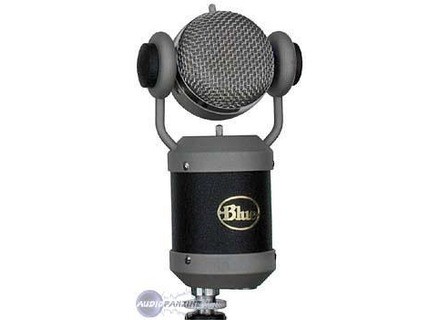 Buy this productView price information >
View other reviews for this product:
The Blue Microphones Mouse is a cardioid polar pattern mic. This mic is great with almost all uses like vocals, guitars and even some brass instruments. But the brass instruments I don’t recommend using with this mic I have just seen some people use it with them but brass instruments require a special mic that can handle the dynamics of the sound they produce. Using this mic with a brass instrument just isn’t a good idea. Also, on a female voice it really wont bring out the dynamics in her voice either. But for a more masculine tone it will do the job the best. Do not use on drums either, it will sound horrible and make you not want to use the mic. But if you use it for what its made for you will be good to go.

I have had a few different times with the Blue Mouse and each experience was a little different. After using it on my voice I loved it and wanted to use it. Also, when hearing a friend who also uses this mic sing and play guitar and record just a simple one track demo with it so I could hear his new project I thought the mic was great. But for some reason on a female voice that just to higher tones quickly its like the mic just couldn’t keep up. Most of the Blue Mic line will do great in this part, but for some reason the mouse didn’t. but its still a good mic , just don’t push the limits too far.

Overall, the mic has some ups and some downs. Its not my favorite mic made by Blue Microphones. They have several mics that can put this one too shame. I think this one was just a more affordable mic that they made for people on a tighter budget.