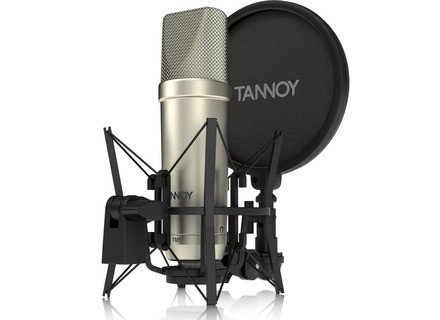 Value For Money : Excellent Audience: Anyone
Buy this productView price information >
My friend is a Music Goup Rep, he brought one of these over to test it. I grabbed a U87 off the shelf as our reference and plugged them both into an XL48 pre. We ran the AES outs into a hi res converter and headphone amp.

First off, it's not a U87 competitor. It did not have the silky highs or the lower end frequency response the U87 had but..... I was surprised. It seemed much quieter than other mics I have tried in the sub $400 large diaphragm market. The more I listened to it the more I liked it. I ordered a pair from him right there. I just received them yesterday and have a live show this weekend where I will put them through some paces as drum overheads or guitar amp. Maybe next week i'll have my VO guy try it out. I also want to try it on a snare as I really like a large cap next to a 57 but hate the thought of using my large caps as they are too expensive to abuse like that.

My opinion, buy them.
Did you find this review helpful?yesno
Cookies help us improve performance, enhance user experience and deliver our services. By using our services, you agree to our use of cookies. Find out more.