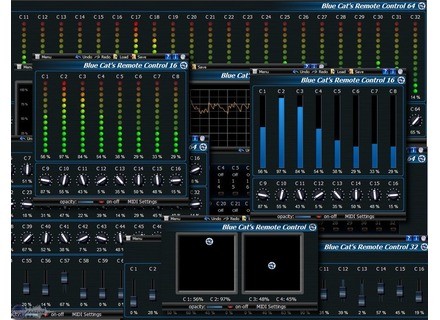 The new versions bring Mac Audio Unit and VST compatibility and include several improvements to the DirectX and VST plug-ins for Windows.

A major update for the last remaining non-Mac Blue Cat plug-in, Blue Cat's Dynamics, is expected this month. This update will include new features as well as Mac compatibility, making all Blue Cat Audio plug-ins available to the Mac platform.

The upgrade is free for existing customers, and a limited time offer is available for others.