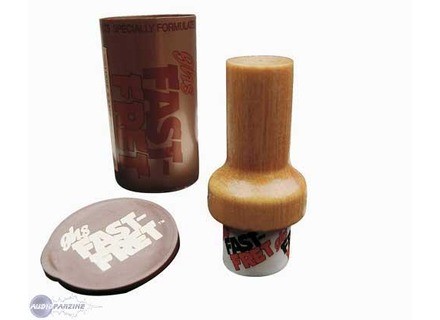 Fast-Fret, Other Guitar Accessory from GHS.

Value For Money : Poor
Buy this productView price information >
View other reviews for this product:
- How long have you use it?
I used it for 3 years easily.

- What is the particular feature you like best and least?
The most c'tait the feeling of "facilitquot; when I beginners guitar, that helps me to go faster without pain to fingers, when a slide for me a c'tait ultimate technique (when even!) and I played very little solo. The little extra that made the dipstick gard silent a few years that ca nourishing the key, but after ca s 1 or 2 years of use I do not used any more for the strings.
Appeared less is the day on I started having a game more solo ACCS, we place a ssaye sweap picking or make picking the Economic rapidly changing positions the fingers, it's slippery too, there was a feeling of loss of control, then it slips over the finger does not move the o there should be a good sound for example, the same sensations when playing it dsagrable really good compared same strings that have a good dj months, and finally my Ernie Balls taient APRS totally unusable for a month with the use of fast freight and yet I maintain perfect: I always clean hands when I play, I sweat trs j'ssuyais little fingers and my strings with a soft cloth APRS have played so it is not had a bad maintains (oddly my Elexis a little better now supported the fast freight, but the good quality level Elexis's not it, and they are worth 2 times the price of Ernie Balls)

- Have you tried many other models before acqurir?
I know we often talk about fast freight "home made", it can not be worse for the rope anyway, I mfirais jsute for key product made by same or like that.

- How do you report qualitprix?
6.35 o I'm going to the store, it's not xtrememnt CHRE, but to use that I made, it's been a little difficult (especially the buffer so it is quickly dsche must dcoup or leave the head down to the power rutiliser a little longer, if one-half of the product from the trash)

- With the exprience, you do again this choice? ...
No, not really, now I use the eight the lemon Dunlop 4.25 (Dunlop Ultimate Lemon Oil for those who want the full name), the interest is that it is only for nourrire and remove impurt are the key, and I must admit that it is convincing trs: I had a concern that I have on my guitar for 4 years, down to 19th and cargo at the three lower strings dschait is strongly and I ca m'inquitait DCID to invest in a real product to maintain the key. THE FIRST ds use the key was finding his new appearance, and seemed much less "dgorger" sweats some place and much less dsche else.

- Your score on this?
I note 1 / 10 to be nice, I was a little aid to beginners understand that's the point of wanting to look anything other hand it to improve his game speeds that train and ca aid me to keep my key dscher without damaging it (even if I think it's better now because it's not abuse trs trs bold) . For those who want SSAI despite all the attention the dgradation string sets of some brands, despite all the prcautions for prserver, bad feelings (not just when moving speed superior, the fact that it slides too particulirement dsagrable is when you do a little arpge and we feel his fingers slipping little bit), the sound quality of altration on strings that seem to bleed at times. Trs a bad product for me, not worth its price, and God knows that normally I always note trs large products, even when I do not like them particulirement.
See the source
Did you find this review helpful?yesno
Cookies help us improve performance, enhance user experience and deliver our services. By using our services, you agree to our use of cookies. Find out more.