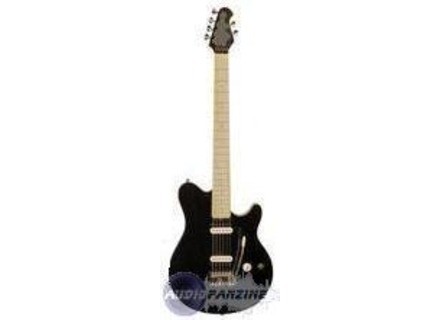 View other reviews for this product:
Music Man Axis Super Sport Piezo HH, made in U.S.

This is the fixed bridge version of the Music Man EVH or Axis.

The Di Marzio are the usual customs of this model.

Deuxime jack (Stereo) for the piezo, a switch that allows the use of microphones magntiques and / or piezo.

The neck of this guitar is a must in the market especially for soloists. Nanmoins, if your trip is plutt Ibanez or Jackson, you may be dpayss!

The guitar is lgre, trs good balance, no muzzle to the forearm, but if a person does ESG on a Les Paul or Telecaster ...

This guitar is versatile trs. You can send or mtal rock without worry. She lacks warmth for blues, but if you like this style of intake agrmenter jazzy or country, it will show ffective trs. In short it is more crystalline fat.

I have an essay in the fixed bridge version, but I think there is a weird mix of Tele and 335 when I plug into a fender. Compared to the other axis, I find most compelling in its clear to the extent that it is the only power accder REALLY Crystal clear sound (for some complex arrangements is trs apprciable ). Whatever the channel of the amp, the guitar keeps normment of precision and a perfect intonation.

As for the piezo: a slap! There is only one SETTING THE volume, so for the legalization, go to the console. And once rgler: caviar. We are really close to the trs sound of a acoustic electric with comfort. And with the clarity of the sound quality of intonation, your exact may sometimes be INTERESTED in some cases. Personally, I prfre lgrement reduce the volume of the piezo for a rsultat quiet.

And finally, the killer combination: the solo with its saturated and piezo simultaneously in the table! Although the back has been serious.

Let's be clear. This is primarily a MODEL prcis guitar pro. Vritable Swiss army knife of sound. There will always be to say that a lack of personality. No, it's a real guitar, you have to work the body to get the best. Nobody sounds like a Steve Vai Jem, right? And how is it possible that Gilmour did the same on the Start on a gretsch (or P90 for the Les Paul solo Antohi brick in the wall). No, this guitar is not suitable for guitarists who play only one style or style extreme. But for others, there is only one guitar pick for concerts. And those who make rgulirement see what I mean!

Easy guitar play, but that requires to be tamed to make the best.

PS: I do not hypnotize EBMM HTD or otherwise. If I want a guitar half price, I take a chance! Whereas I think as free and sincre.
See the source
Did you find this review helpful?yesno
Cookies help us improve performance, enhance user experience and deliver our services. By using our services, you agree to our use of cookies. Find out more.