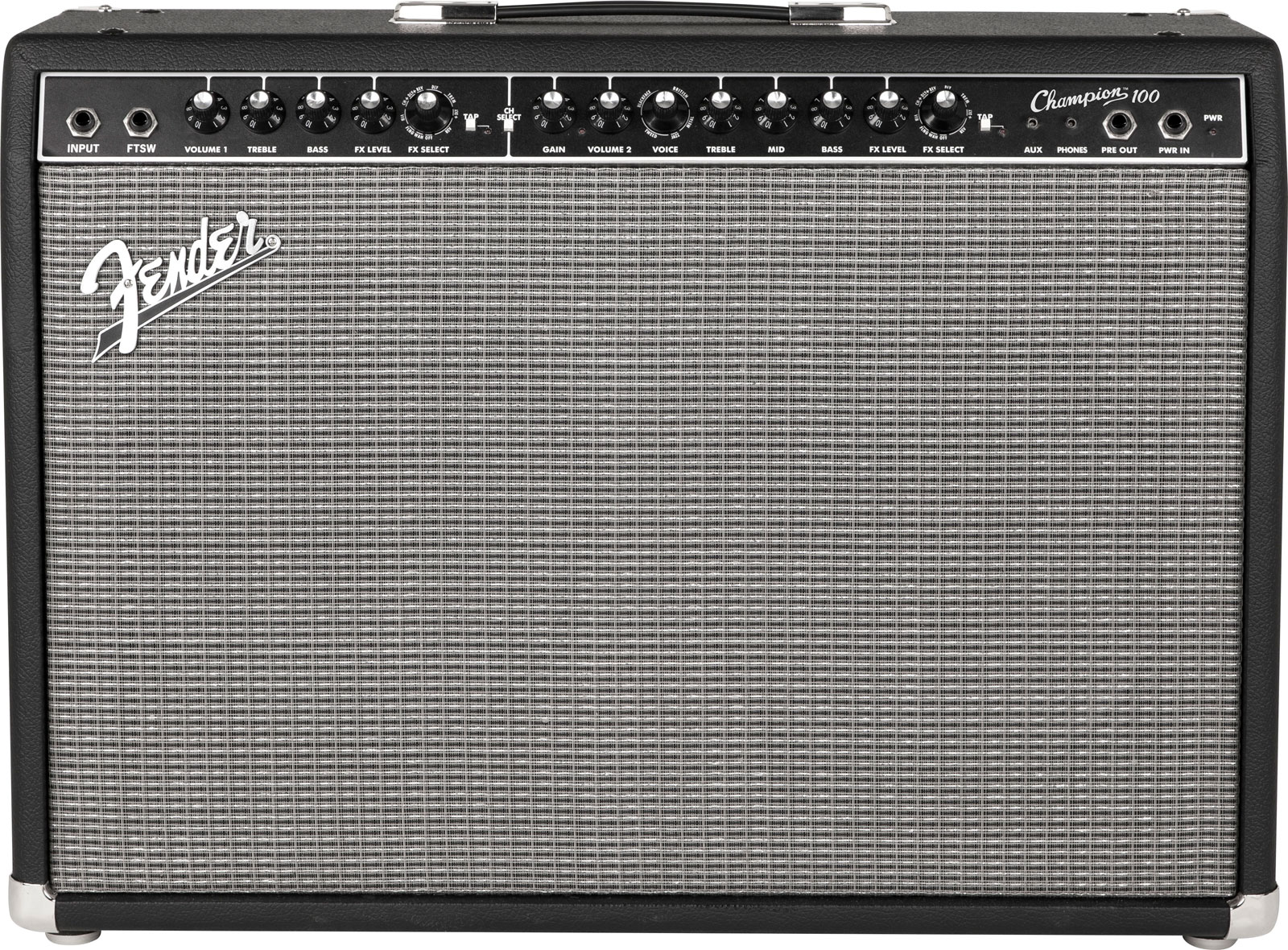 The three new Champion combos provide various British classic and modern sounds and a selection of effects, including a delay and a tremolo which time for the first, and speed for the second, can be synced using the TAP button.

A 1/8" auxiliary input is included if you want to jam along a CD or digital player and a 1/8" headphone output allows you to practice silently at night.

The aesthetics of the amps are inspired by the Blackface models, with a black "Bronco" vinyl cover and a silver grille cloth.

The Champion 20 provides 20W of power via an 8" Fender Special Design speaker. It features a single channel via which you will be able to select the amp type and an effect section features reverb, delay/echo, chorus, tremolo, vibratone, distortion and more. You can also adjust the gain, volume, effect level and 2-band EQ. MSRP is $139.99.

The Champion 40 hosts a 12" Fender Special Design speaker and provides a power of 40W. 2 channels are available, the first offers a Blackface clean sound with a volume control and the second has its own volume control and allows for choosing different voicings. You'll find the same effects as on the 20W model and the master section includes a 2-band EQ and FX level and select. MSRP is 239.99.

Last, the Champion 100 includes two 12" Fender Special Design speakers and delivers 100W of power. 2 channels are also available, a Blackface Clean and the second for the multiple Voices, and you get the same effect section as on the other combos. This model also includes an effect loop and you can adjust the volume, EQ (2 bands on channel 1 and 3 on channel 2) and effects level and select independently on each channel. MSRP is $419.99.