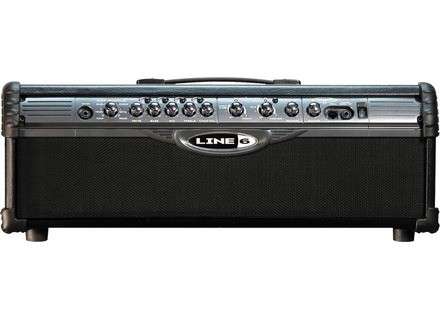 Ets trs simple configuration, it will however read the manual to understand how paramtrer the tuner and noise gate

This gives her a proper trs trs easily!

Personally I think this is an amp made for the mtal! even if it sounds good in all channels, that they are four styles as possible just for the mtal directs its position clear.

I play with an Ibanez SA160

Canal mtal red, I get the sound of the Mesa Boogie Dual Rectifier (stunning!), So its a trs trs powerful bass, ultra aggressive sound that will satisfy fans death / thrash

Insane on the channel, the place in his big fat slimy ultra style Big nags death sauce US

Personally I love the sound and the Mesa Boogie Insane green position, the power given to the sound is simply incredible

I for a week

before I had a Marshall MG50dfx, then I jou a TSL2000 during a concert, and I can tell you that the sound of that line 6 is not envy these amps
See the source
Did you find this review helpful?yesno
Cookies help us improve performance, enhance user experience and deliver our services. By using our services, you agree to our use of cookies. Find out more.