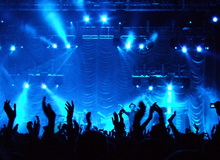 Rehearsal is an important activity for any band or ensemble. Learning and working out arrangements for new material and going over songs already in your repertoire are key to keeping your group fresh sounding and tight. Too often, however, rehearsals are run in a disorganized fashion, and aren’t nearly as efficient as they could be. Here are some tips to change that.

Prior to the start of a rehearsal, it’s useful to work out what you want to accomplish. What songs will you be learning, which of your existing songs need tightening, etc. It’s also good to know the order in which you'll work on them in the rehearsal to avoid the "What do we do next?" syndrome. You can either discuss all of this at the end of the previous rehearsal, or on an email thread prior to when you’re scheduled to rehearse.

Depending on whether your group is a democracy or has a band leader, it will determine if the rehearsal agenda will be up for debate or etched in stone. Either way, it's helpful to designate someone as the music director, who will be responsible for organizing and running rehearsals. The rest of you can still have input, but just run you ideas through your MD.

If at all possible, it’s best for musicians and singers to come to rehearsal prepared for the songs that will be learned. Again, as part of the organizational process, the MD should get you charts and an MP3 of the song in advance of rehearsal whenever possible, so everyone can familiarize themselves with the new material. If you're all just learning the song at rehearsal, it's going to slow your progress considerably.

If you do have to play reference music at the rehearsal, the MD should make sure to have it available. It’s best if you have a way to plug your phone, tablet or computer (whatever has the music on it) into the P.A., so everyone can hear it cleanly. As a last resort, you can use what I jokingly refer to as “the people’s Bluetooth,” which is to put one of the vocal mics up to the speaker on your mobile phone or tablet.

Unless you’re the kind of group in which everyone is reading music all the time anyway, you'll want to wean yourself off your charts and lyric sheets as soon as you’re able. Otherwise, you’re likely to become dependent on them, and will then need to bring them to every gig (not to mention a music stand). It’s much better to try to memorize the material as soon as you've learned it. Once you're somewhat familiar with the song, try to rehearse it while looking at your chart as little as possible.

Rehearsals can take place in all sorts of spaces, but they’re often in relatively small sized rooms like basements or rehearsal studios. As a result, your band can get very loud, very quickly. You want to be able to hear each other comfortably, and not blast your ears out, so everyone needs to keep their volume under control. If you do get too loud, singers will be straining to hear themselves and singing too hard, and everyone’s ears will be subject to damaging sound pressure levels. If you can, wear hearing protection at both rehearsals and gigs.

It sounds silly, but if you’re dealing with charts or sheet music at rehearsal a pencil is a necessity for writing down revisions to the arrangements that might be made ("Let's change that D to a B," etc.). Sure, you could borrow a pencil from someone else in the band — assuming somebody brought one — but that gets old fast. Keep a few pencils in your case and you’ll never be without.

If your songs feature background vocals, it’s useful to schedule separate vocal rehearsals for getting those harmony parts worked out. Non-vocalists will get antsy sitting around while the singers are spending a big chunk of the rehearsal deciding who’s singing what. Of course, you may need to tinker with the parts a little while the whole band is there, but save the serious hashing out of the vocal arrangements for when only the singers are present. Doing so will allow you to really focus on getting the parts worked out well, without having to worry about the non-singers in the band sitting around idle and bored.

One person in the band, typically the drummer, should be responsible for tempos and count-offs. If you’re not organized about this, and songs are haphazardly counted off, they’ll often be at the wrong tempo, and you could have those embarrassing moments onstage when everyone is waiting for somebody else to count off the song. Without a reference tempo, bands have a tendency to count songs off too fast at a gig. Once you’ve worked out the BPM setting for a given song, your tempo person should write it down and/or enter it into a metronome app so you don't forget it.

Respect the ideas of your band mates

When you’re working out songs together at rehearsal, there will often be disagreements on whether arrangement ideas suggested are good or not. It’s best not to dis your fellow band member in these situations. If someone proposes that you try, say, a breakdown section that you think is not going to work, rather than immediately dismissing it and potentially pissing off your band mate, it’s better to be open minded and give it a try. Actually playing an idea is the best way to test it out, and if it's not going to work, it will usually be obvious.

Cover photo shows the band Argyle Embargo, photograph by Kati Jensen. It's licensed under a Creative Commons license and was altered from its original appearance.