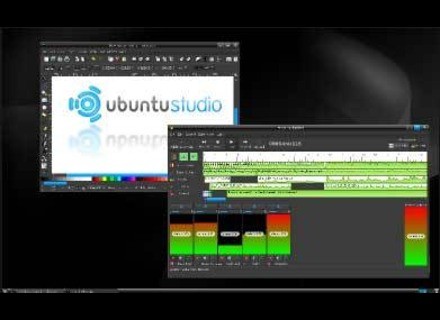 View other reviews for this product:
Installation is rather easy when you used to linux, maybe a little less obvious to a neophyte. The general configuration can be tedious for a person not knowing what to use operating system. I found better damn Tango Studio Out of the Box Ubuntu Studio, because my firewire sound card was not recognized by default (despite the firewire module installed properly) while she was on Tango Studio immediately operational. .. No specific incompatibility on consumer gear, but as often computer music, sound cards, MIDI devices are not necessarily recognized directly. By setting, we arrive at something, but it feels a bit lacking when it has very sharp interfaces, poorly recognized.

My computer is a PC with Core i5, 8 GB of ram and several tera SD. The distro was installed on a single 500 GB drive (ample). Ubuntu is very pleasant to use multimedia surfing etc. .. but computer music, it is faced with a gas plant for results often disappointing. It vot we are still far from what we could offer a Windows or Mac workstation with commercial sequencers. The proposed solutions are often very user friendly, questionable ergonomics, and the result of some kind. I much preferred Tango Studio (also a distib ubuntu computer music) in Ubuntu studio because this one was almost operating out of the box. The usual VST missing terribly, are unattractive alternatives (it looks to see freeware VST 10 years old). One gets the impression that there a multitude of small programs, and lacks a real coherence between them. The best computer music (not free) Linux still to run Reaper under Wine (almost complete compatibility)

I installed for testing purposes, I have not kept beyond a few weeks. I have extensive experience in Windows and Apple, and it is a far cry from having an effective OS currently in production for computer music. At worst to the mix, multitrack, why not, but a comprehensive production, no. Anyway Ubuntu itself is a rather friendly interface that deserves to see the serious development at both publishers and conctructeurs equipment. At present the only commercial application of computer music having taken the step is Guitar Pro (which works rather well my faith).

However for limited purposes in computer music, or very specific, Ubuntu Studio can do the trick. But to become my main station ... It would take huge strides. Nonetheless I use Ubuntu (version 10.10, before the Unity version) to surf and others and be happy ...
See the source
Did you find this review helpful?yesno
Cookies help us improve performance, enhance user experience and deliver our services. By using our services, you agree to our use of cookies. Find out more.