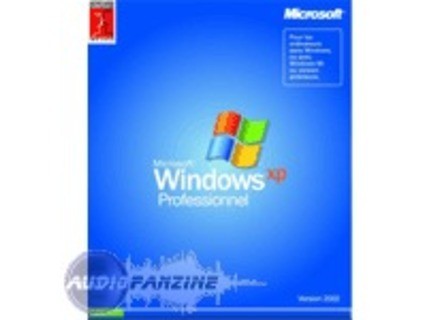 Value For Money : Poor
View other reviews for this product:
The installation of this OS is not accessible to everyone, nothing is automated, the interface DOS during the boot CD is not reassuring for the beginner and the slightest error on the disk partitioning drive can make you lose all your data currently on it.

A book so connoisseurs.

Then install the drivers, because nothing will be recognized automatically with XP, you must install all your hardware yourself.
As long as you do not have the CD of your motherboard, and no other PC, you will be bothered to download the drivers for your hardware without internet connection ...

Additionally, if your PC works with SATA hard disks, it may be that XP does (s) not detect! To you therefore to hack the CD to include the SATA driver, which is inconceivable for a beginner.
Moreover, in order to install XP SP3 on my PC and its 2 Fixed SATA HDD in RAID0, I had to integrate the driver in XP CD with nLite, and therefore the re-imaged.
Same problems with my Laptop HDD and 160GB SATA disk not detected without first having integrated the driver.
2 PC => 2 CD ... Super convenient!

The performances are good, although careful, XP 32-bit detects only 3.25 GB of ram maximum!
OS fairly stable, crashes are fairly rare (though it happens), the starting time is correct, the heavy applications running smoothly, and games as well.

That said, after a few months, XP gets heavier and becomes increasingly slow. Nothing to do, multiple defrags will change nothing, you will one day have to either have to format and reinstall Windows as this one will become too slow and unstable ... not terrible that Mr crosoft.

Please also note that XP is very sensitive to the virus and picks up everything that happens! To you on your own to protect your XP, and even with firewall and antivirus, this OS is still very vulnerable.

XP was very good when it was released to replace Windows 2000 but is now largely outdated.

The fact that the OS is not stable over time repulses me, I was a little tired of having to reformat my PC every six months because the performance is deteriorating day by day and became less and less stable.

Securing the OS is inexistance Quazi, no integrated antivirus, firewall a nickname that does not do much, many security flaws that Microsoft takes months to patch ... and again!

So for me XP is finished, I found it more efficient and far more stable and secure Linux.

Value for money bof is far too expensive for what it is!
See the source
Did you find this review helpful?yesno
Cookies help us improve performance, enhance user experience and deliver our services. By using our services, you agree to our use of cookies. Find out more.