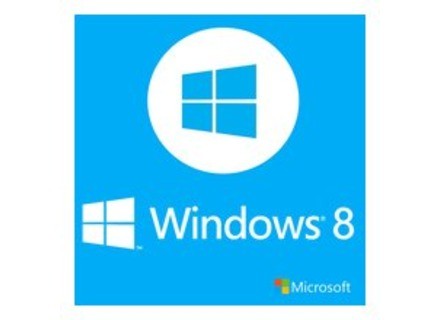 Windows 8, Operating System from Microsoft in the Windows series.

View other reviews for this product:
! WARNING!

there are big problems of compatibility with FireWire controllers and Windows 8.
The mine (I bought this one) one cart PCI-e TI chipset can not run my Edirol FA 101 (except with unsigned drivers, which forces me to do a manip at each boot ...) .

I think the perfs improved compared to win XP (I went from 32 to 64 bits suddenly it was "liberated" the ram!)
But the best thing is especially startup speed has really higher than XP!

Without pbs compatibility windows seems to me that a roughly equal a win 7:

Improved task manager and system file copy is appreciable.
As well as the ability to run a program with windows key + you type the first letter of the program name.


Against ui replaced by modern very bad start menu, they have failed to see the difference between desktop and tablet (I'd say they have made no effort).
The apps I'm not interested in mass I would say that tolerated their presence in a form close widgets vista ... but it is not!
They are imposed on the startup screen modern ui. Add a modern open it for ui must place the mouse in a corner and wait (half a second course, but this is already too long ...).

In short there is more very interesting but it is ruined by the new ui, not at all suited to desktop.
I think Microsoft would make Windows a more closed system in Ios I think this is a serious strategic error ... we'll see!
See the source
Did you find this review helpful?yesno
Cookies help us improve performance, enhance user experience and deliver our services. By using our services, you agree to our use of cookies. Find out more.