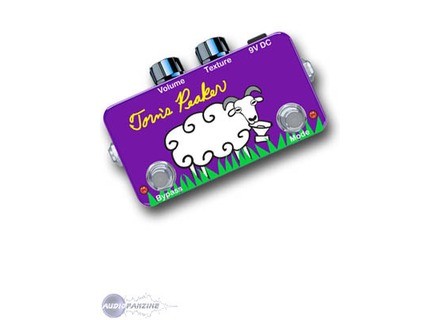 Best described by the brand itself as "fuzz with ALL the flaws", this pedal claims to deliver all the little grime, compression and unclean, ungodly, unholy sounds that distorted wave forms originated from. According to OohLaLa, the sound of sliced up speaker cones, overdriven pre-amps on mixing boards of the 50's and sessions recorded directly to vinyl before the days of tape and processors and Protools should be within reach... In addition to its fuzz sound, the Torn's Peaker also has a second mode that unleashes wild chaos which can be switched on/off via flipswitch (standard version) or footswitch (on the "plus" version).