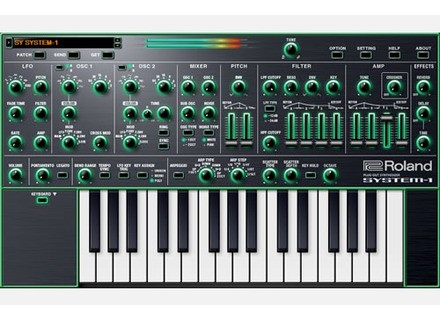 System-1 Software Synthesizer, Other Virtual Synth from Roland in the AIRA series.

Roland has released, just before Summer NAMM, v1.2 update for its Aira System-1/m synthesizers and launches the plug-in version of the System-1.

The new version 1.2 for the System-1 and System-1m synths now gives you the ability to store up to 64 patches in 8 banks and add 6 new waveforms to both oscillators: Noise Saw, Logic Operation (employs a logic circuit to combine multiple waveforms), FM, FM+Sync, Vowel and CB (a metallic one-shot sound).

The update is available now for free download from www.roland.com/aira/system-1_v.html.

Roland also developed a software version of the System-1 modeling synthesizer, which is now available as a VST and AU plug-in for Mac OS X and Windows. Users of the hardware version can use the plug-in as an advanced librarian and editor but it also can be used as a virtual instrument within your DAW. 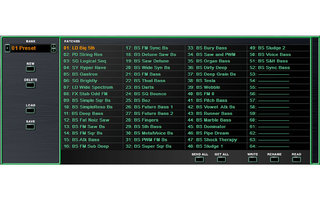