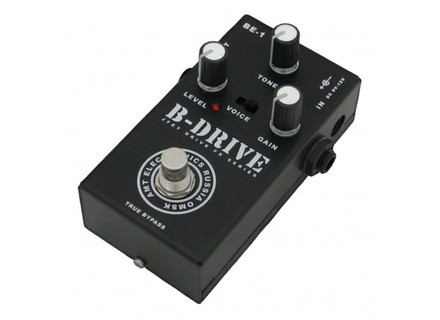 B-Drive, Overdrive pedal from Amt Electronics in the Drive series.

Drive Series Effects are designed to be connected to "clean" channel inputs of guitar combos and amplifiers. New circuitry solutions were developed, based on tube stages emulation which is designed to allow you to get sounds in the style of  original tube overdrives while using low voltage (9V) power.

The series feature the passive bypass and gain, level and tone controls.

The seven pedals are as follows

Check out the list of new effects on www.amtelectronics.com.