Add this product to
Behringer Tube Overdrive TO100
1/ 17 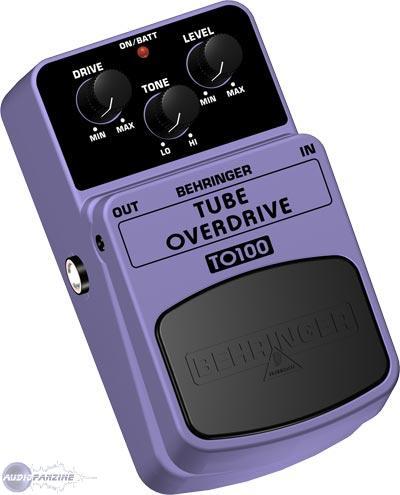 View other reviews for this product:
MGR/Anonymous

im looking for a band, i like all styles of music, guitar is my main instrument.

i have been playing for about 2 years

I bought this unit at Long and McQuade Surrey, (British Columbia, Canada), and i paid 34.99 for it.

I really like the overall sound of this pedal, the overdrive isnt extremely heavy, like most distortion pedals, its clear and crisp (and not muddy either)

I don't like where the battery compartment is located (not much of a problem for me, but if ur not using an adapter then it gets a LITTLE bit annoying sometimes)

and the fact that its made of plastics kinda scares me... but i dont like smash my foot on the thing so it doesnt really matter. The padding at the bottom absorbs the shock so its sorta hard to break

even though its plastic, its construction is ROCK SOLID.

if ur a player that tends to jump and smash his stompboxes, then this isnt probably the pedal for you