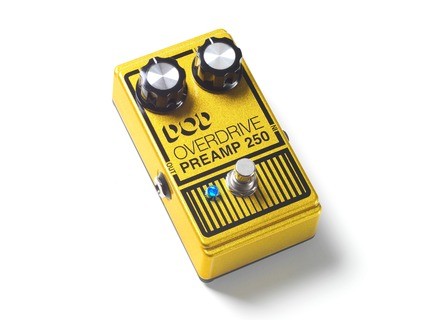 DigiTech announces the rebirth of DOD, one of the most popular guitar pedal lines, with the reissue of two iconic stompboxes, the 250 and 201.

Launched in the 1970s, the Overdrive Preamp 250 and Phasor 201 return is a modernized version that includes LED, true analog bypass and modern 9V DC power supply. 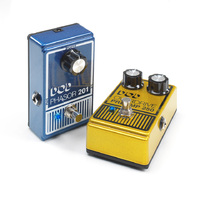 The Overdrive Preamp 250 has been slightly refined, with a clearer tone and higher and cleaner output. The yellow finish remains the same, as well as the Gain and Level controls.

The Phasor 201, one of the first phaser effect ever made, still offers the same sound but now shines in a new two-tone metallic flake and matte black finish.

Both DOD Overdrive Preamp 250 and Phasor 201 pedals will be available for a limited time, starting October 2013, for the suggested retail price of $149.95 each.