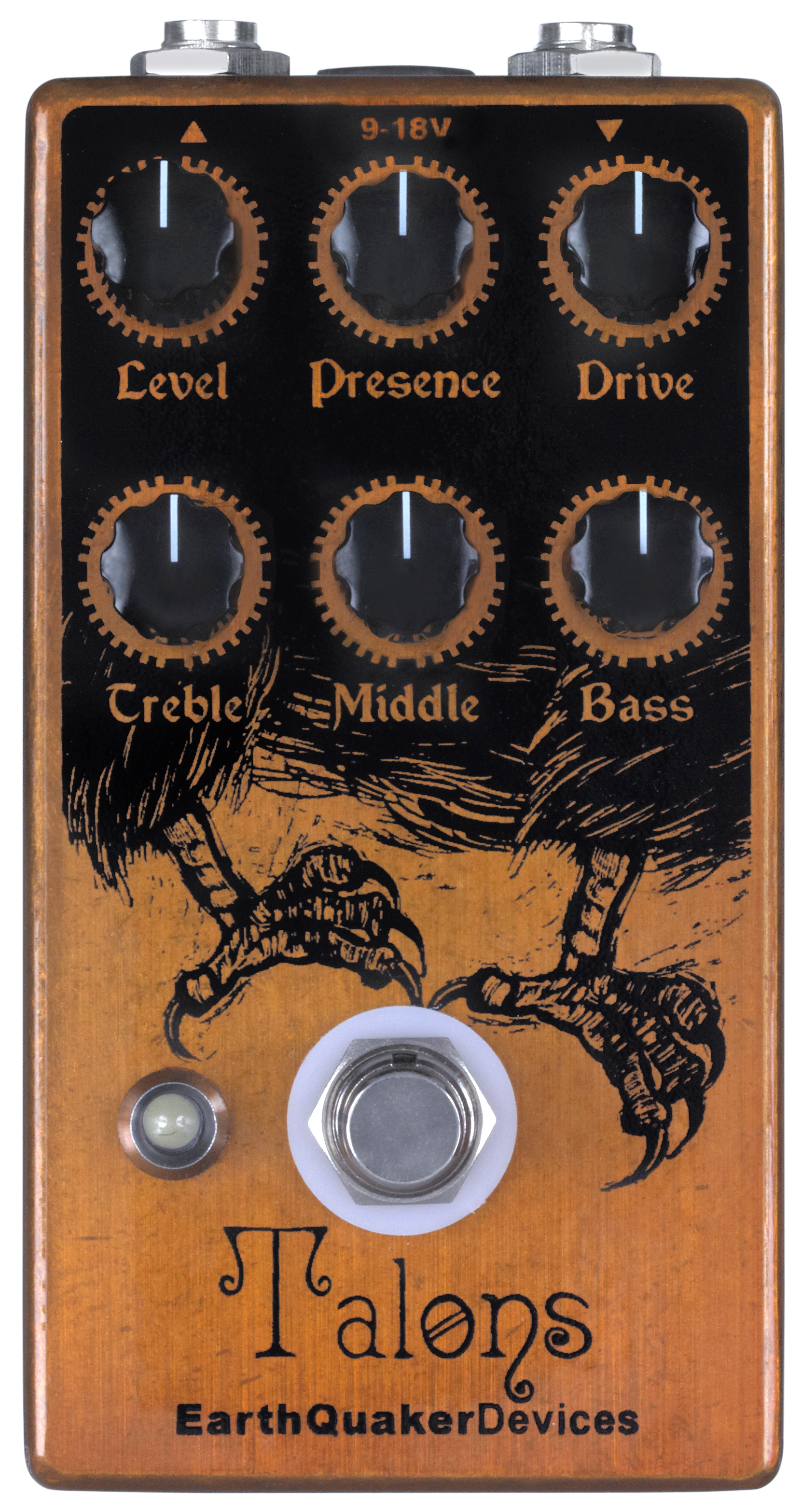 The Hoof Reaper features the Hoof and Tone Reaper fuzz pedals in one  enclosure with the added bonus of an old school analog octave up. It was originally released as a special limited run item back in 2010 and has now been reintroduced on a semipermanent basis. This device will be manufactured in limited quantities.

The Talons Overdrive features an active tone stack, a presence control for sculpting the top end and lots of gain. According to the company, it can be "glassy and open, scooped and chunky, gritty and wild, light and airy, drunk and unhinged."