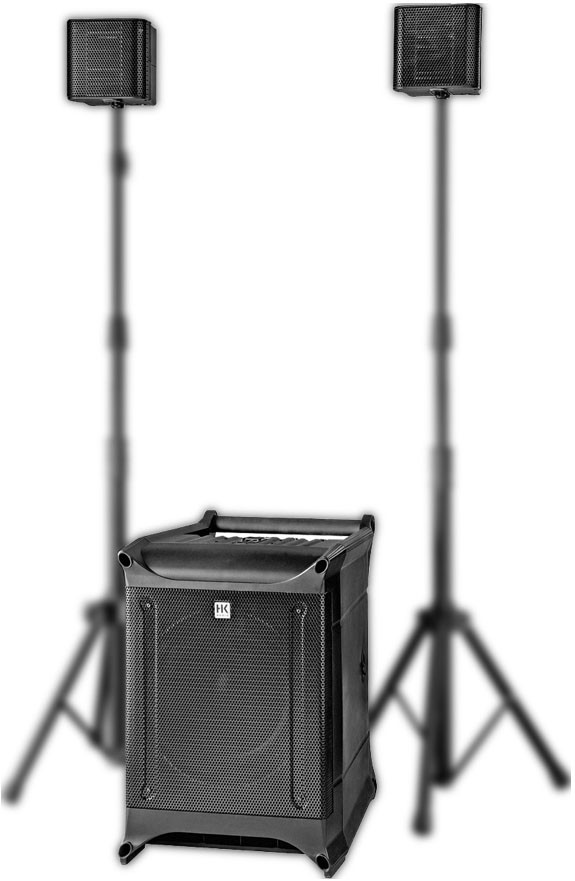 View other reviews for this product:
spookyman
Publié le 05/12/14 à 02:26
It is a little more powerful version, slightly larger and heavier HK Audio Lucas Nano 300. It includes a subwoofer with a speaker 10 inches, while the two speakers have medium HP 4.5 inches and a 1 inch dome tweeter disposed coaxially. Small integrated mixer is very limited (no EQ) but can still help when you forget to take a mixer.

There are still other points on which the Nano 600 increased compared to the small Nano 300: Speakon connectors between the subwoofer and the satellites, stronger and prevents the connection cables stand almost alone when sometimes turning the speakers on stands. But also providing a switch that provides power to the mic inputs with phantom (48V).

In weight, the Nano 600 took a bit overweight compared to Nano 300. Subwoofer accuses weighing 13.9 kg (say a crate of beer ...), while the two speakers are 200 grams more by piece. Everything remains easily portable, especially when you have chosen the trolley option.

As Nano 300, Nano 600 can be used in two different ways: either as speaker column, by stacking two small satellites in space bar (but possible also without spacebar) and setting all on subwoofer, and then as 2.1 system with subwoofer in the center and two small satellites attached to the optional brackets.

With a total power of 460 watts and a sound pressure increase compared to Nano 300 engagement opportunities Nano 600 are varied. For my part, I use it as back stereo keyboard or as miniature sound system for small benefits in areas of reduced size. Rendering is surprisingly balanced, the bass is really impressive for a subwoofer with a 10 inch woofer (I would even say that it can compete without too much trouble a 12 inch).

To play music cans (mp3, etc ...), the small built-in mixer fulfills its role perfectly. Similarly, if you intend to use the Nano as 600 amplification for a conference, video presentation, etc. ... on the other hand, in a context of sound for a small acoustic band, mixer seems mandatory (just for equalization , etc ...) and will even improve the overall sound reproduction.

In the end, Lucas Nano 600 comes almost to a little shade at Lucas Smart, which does not cost much more, but that accuses nearly double weight and substantially equivalent power. Hoping that the quality of the assembly and sustainability is equivalent to the sound made Nano 600, HK Audio offers a "miniature" sound really nice, light and yet affordable.
00